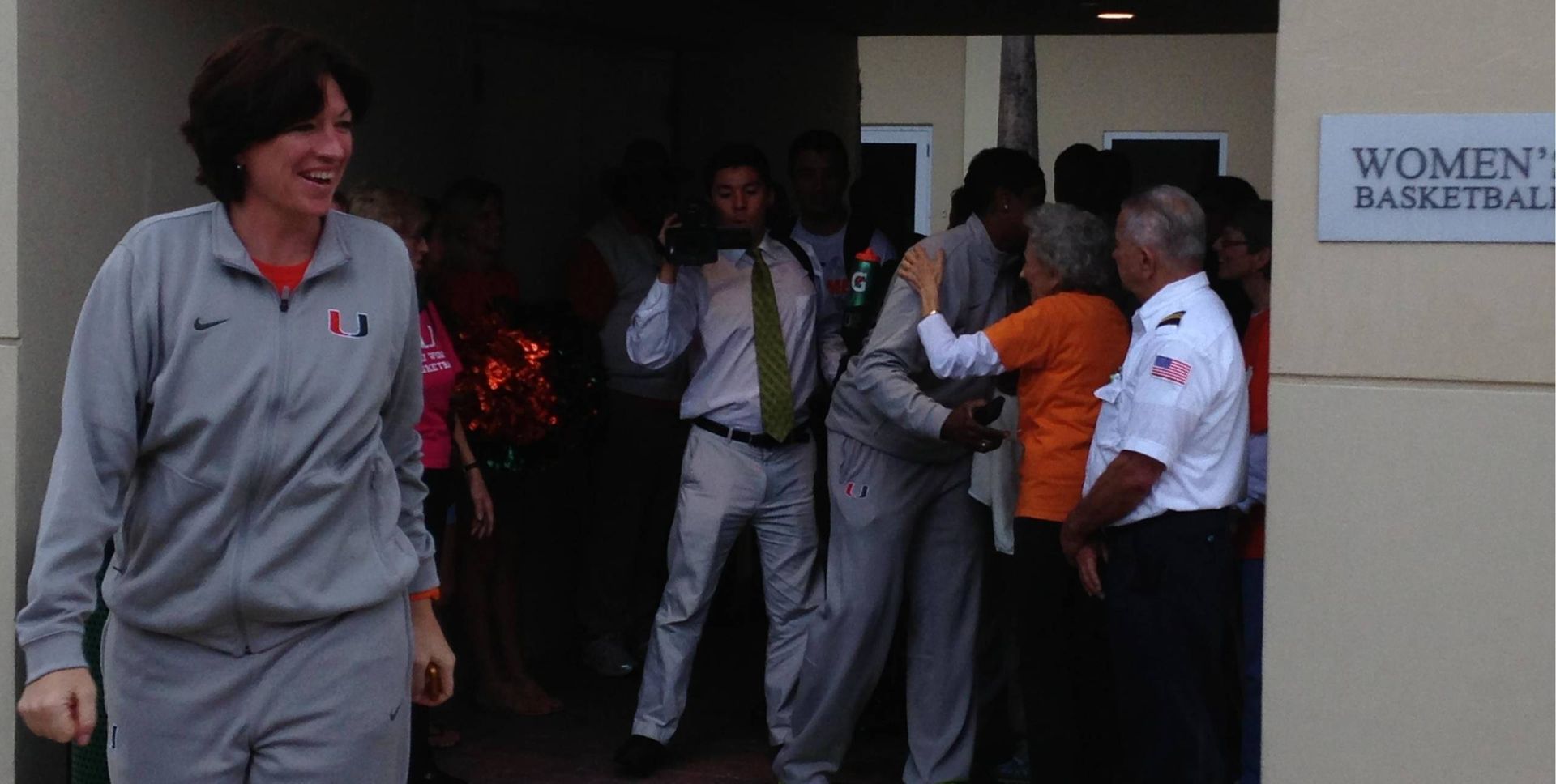 IOWA CITY, Iowa – Friday was a travel day for the University of Miami’s women’s basketball team.

After one last practice at the BankUnited Center, the Canes took some time out to see their brothers, the second-seeded men’s hoops team, take the first game of their own NCAA tournament with a big second-round victory over Pacific.

After the resounding win for the men, the ladies were greeted by a few loyal fans that braved the rain to see their favorite team off to its third consecutive NCAA tournament.

Thanks to a police escort, the team made it to Miami International Airport in no time, even in the rain and Friday rush hour traffic.

Once at the airport, the Hurricanes were greeted by a friendly flight crew and were off on their three-hour charter to Cedar Rapids, Iowa. Upon landing, one of the flight attendants grabbed the mic and started singing Miami’s alma mater, concluding in a roaring applause from the team, the cheerleaders and the school’s band.

After a 35-minute drive to the team hotel, the Canes checked in and hit the sheets.

Saturday is practice day for all four of the teams participating at the Iowa City site. After a 2 p.m. local time press conference, Miami will open the first 15 minutes of their practice to the media, then prepare one last time for their opponent.

Check back with hurricanesports.com tomorrow to see how their day went.