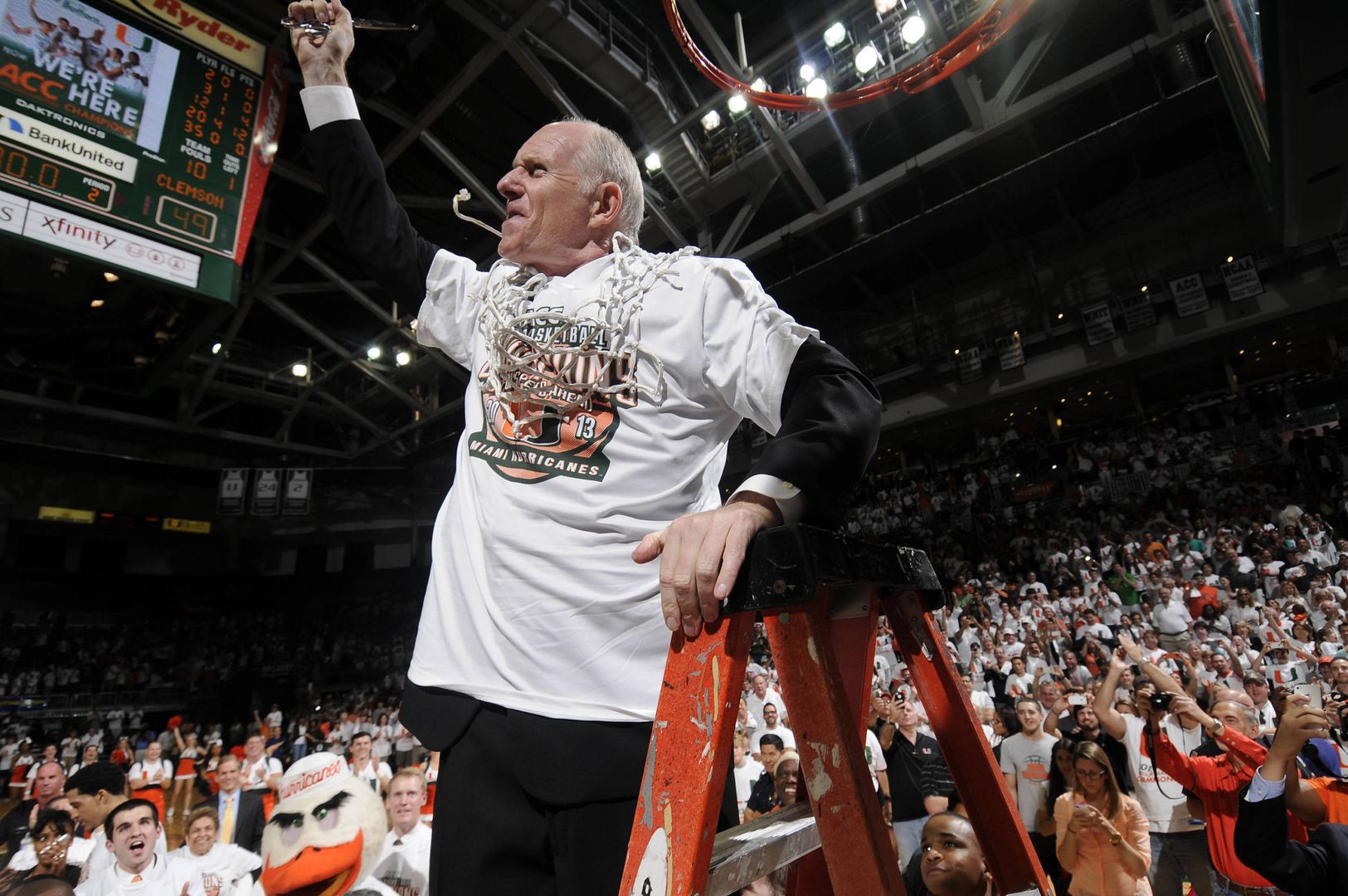 CORAL GABLES, Fla. (AP) – Down to its third try and last chance, Miami came through.

Kadji also grabbed 12 rebounds and Miami (24-6, 15-3 Atlantic Coast Conference) clinched its first outright men’s basketball league title after being foiled in consecutive losses to Duke and Georgia Tech. The Hurricanes tied the school record for victories set in 2001-02, when they went 24-8, and improved to 14-1 at home in their regular-season finale.

The league championship is the second for the Hurricanes, who shared the Big East Conference title in 2000.

After struggling on defense recently, the Hurricanes clamped down, limiting Clemson to one basket during a pivotal 9 1/2-minute stretch to start the second half. Miami held a league opponent to 50 points or fewer for the seventh time.

When Kadji sank a 3-pointer for a 55-41 lead with 3:10 left, the Hurricanes ran upcourt grinning at each other to a deafening roar from the crowd, dressed as one in white ACC championship T-shirts. The game was the fifth sellout this year for the Hurricanes, traditional cellar-dwellers in ACC attendance.

After the final seconds ticked off, confetti rained from the ceiling.

Sophomore guard Shane Larkin came off the bench for the first time this season and struggled early, missing his first seven shots. But he hit a pair of important 3-pointers late and finished with 11 points.

Clemson freshman Jordan Roper led the Tigers with 12 points, all in the first 5 minutes before Larkin entered the game and began to guard him.

The score was 25-all at halftime, and the Hurricanes took the lead for good with a 13-3 run to start the second half. Kadji hit consecutive baskets, the second a 3-pointer. Durand Scott then scored on back-to-back possessions for a 38-28 advantage with 11 minutes remaining.

Larkin was scoreless until he sank a 3-pointer with 8:46 left. He made another one on Miami’s next possession for a 44-34 lead.

Julian Gamble’s two free throws put Miami up by 13 for the first time at 51-38 with 4 minutes left.

Roper scored Clemson’s first five baskets, including a pair of 3-pointers for a 12-11 lead.

Today’s starters were the five seniors: Durand Scott, Trey McKinney Jones, Kenny Kadji, Julian Gamble and Reggie Johnson. This is the first time for the lineup this season.

With the win over Clemson, the Hurricanes clinched sole possession of the ACC regular season championship, as well as earning the top seed in the ACC tournament.

Miami’s win gave them their first outright conference title in school history. In 1999-2000, the Hurricanes shared the Big East title with Syracuse, their only other conference regular season championship.

Miami, who finished the regular season with 24 wins, tied the school record for most wins in a season. In 2001-02 season the Hurricanes finished 24-8 under Perry Clark and played in the NCAA Tournament.

Miami finished the season 8-1 in ACC play at home, the most home ACC wins and just one victory short of the most ACC wins (home + away) prior to this season. Last year Miami was 9-7 overall in the league with a 6-2 mark at home.

Miami was tied with Clemson at 25 at the half, and finished the regular season 2 -0  when tied at the halftime.

Shane Larkin was scoreless in the first half against Clemson, but ended the night with 11 points, three assists, two steals and a trio of rebounds. Today’s game was the first time that Larkin has not started the game since Boston College on March 3, 2012.

Kenny Kadji finished the game with a season-high 23 points and 12 rebounds, recording his third-straight double-double, and his seventh of the season.

Kadji’s 23 points is also the most he has scored in an ACC game in his career. He finished the game 4-6 from 3 point range, and has hit a three in all but six games this season.

Kadji finished the game with 12 rebounds, including three offensive, has now had at least five rebounds in 23 games this season.Trey McKinney Jones drilled two 3-pointers today, notching multiple threes in 14 games this season. He has dished out an assist in all but five games, including two this afternoon. He now has multiple assists in 14 games.