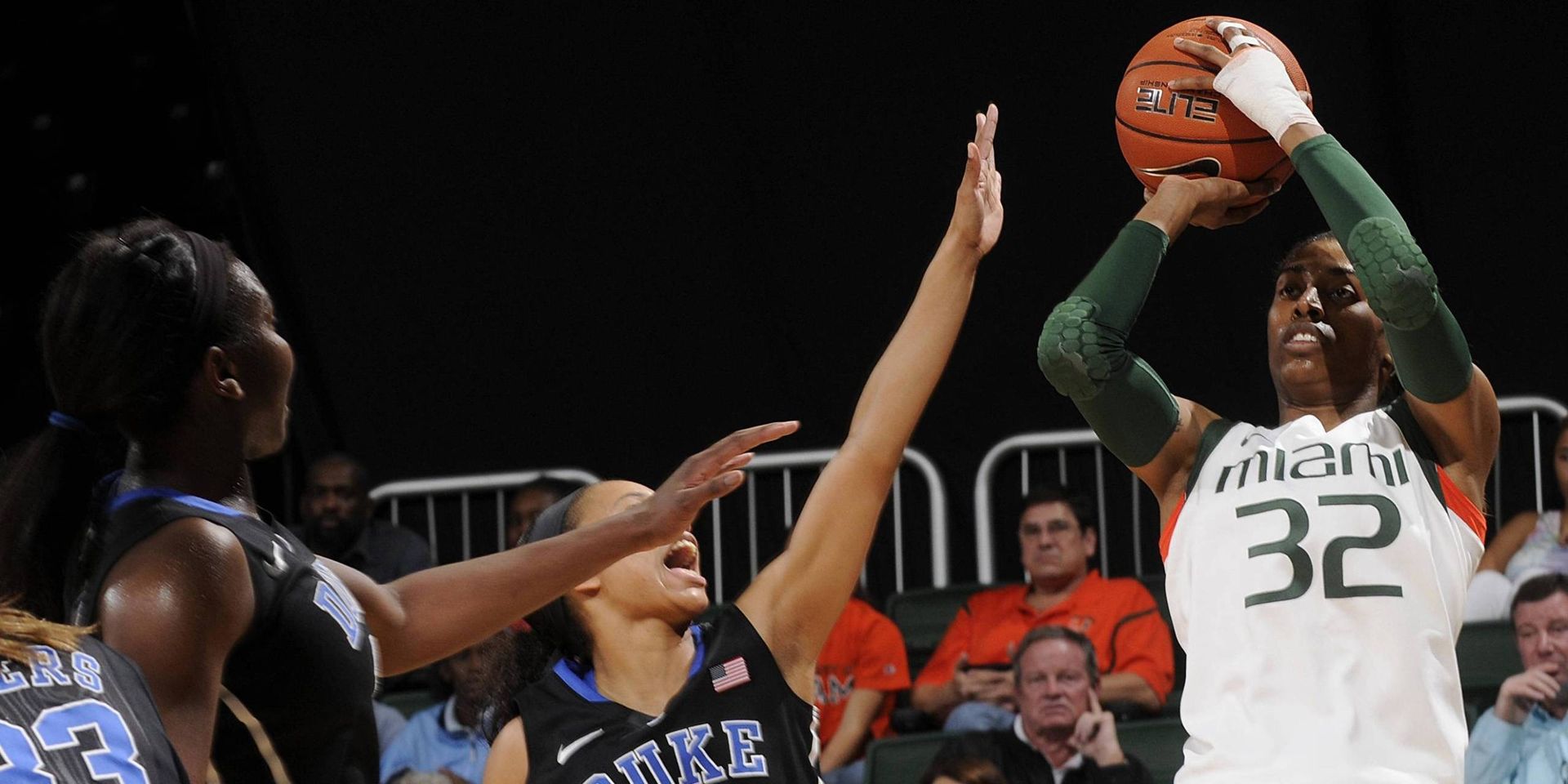 BLACKSBURG, Va.  – A 12-1 second half run from theHurricanes broke a 31-31 tie and propelled Miami to a 64-46 win over VirginiaTech in both teams’ regular season finale at Cassell Coliseum.

The win gave Miami its fourth consecutive 20-win season, thesecond longest streak in program history, and put it in a fourth-place tie withFlorida State in the conference standings.

In the final regular season game of her career, Morgan Stroman hada dominating performance with game highs of 18 points and 15 rebounds. Thedouble-double was the eighth of the season for the Hopkins, S.C., native.

Fellow senior Stefanie Yderstrom connected on a game-high three three-pointers,including two in the second half to help put the game away. She ended the gamewith 13 points. Suriya McGuire scored 12 points and Shawnice Wilson added 11 togo with her eight rebounds to help pace the Canes.

Miami was outstanding from the line, connecting on 22 of its 26free throws, many late in the game to keep the Hokies at bay. Virginia Tech wasonly able to convert on 15 of its 23 attempts from the stripe.

The Canes were dominant on the boards in the second half, grabbingseveral on the offensive end that led to big second chance points. KrystalSaunders was just one rebound shy of her career-best effort, pulling down sevencaroms, three off the offensive glass.

The Hokies were paced by Alyssa Fenyn’s 14 points. Uju Ugoka had12 points and eight rebounds and Monet Tellier added 10 points.

The Hurricanes held Virginia Tech without a field goal for the game’sfirst 6:37, but the Hokies erased a 7-point deficit and ended the half on a10-3 run to head into the half with a 23-19 lead.

Miami had already secured the No. 5 seed in next week’s ACCTournament. However, The Canes’win guaranteed the 12 seed for Virginia Tech. TheCanes and Hokies will meet again in Thursday’s first round at 11 a.m. at theGreensboro Coliseum.