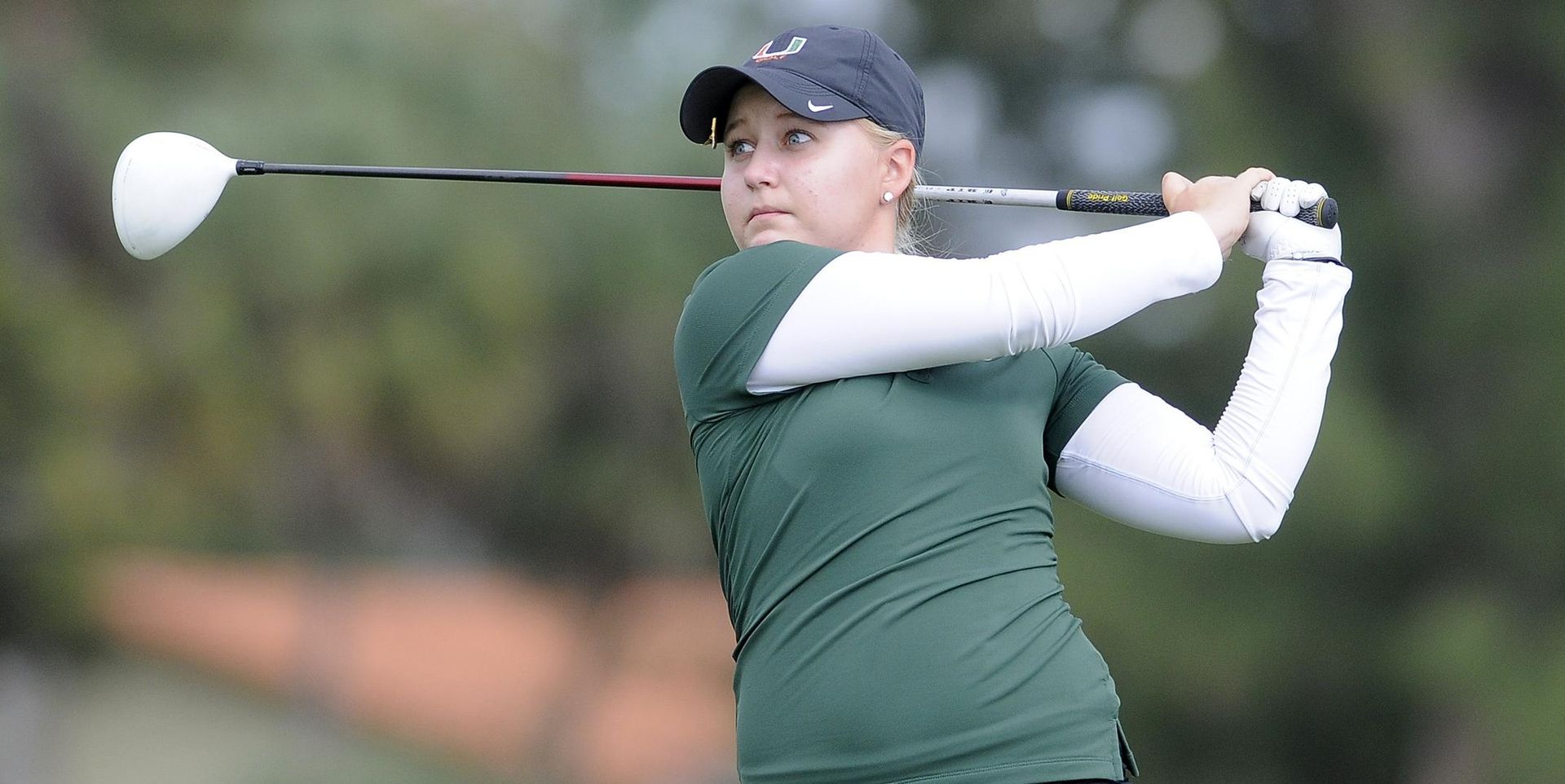 Three strokes out of third place entering Tuesday’s final round, the Hurricanes shot the second-lowest score to finish in third overall at 31-over 895. NC State took home the team title at 10-over 874, finishing 12 strokes ahead of second-place FIU at 22-over 886. The Canes finished four strokes ahead of host Maryland, who finished fourth at 35-over 899.

NC State golfers finished 1-2-3 atop the individual leaderboard, led by tournament winner Lindsay McGetrick, who finished 4-under 212. Brittany Marchand (3-under 213) and Augusta James (2-under 214) finished second and third, respectively.

“We’re not happy (with our performance), but we’re not disappointed,” third-year head coach Patti Rizzo said. “We now have some time off and the girls can get back to concentrating on school. Three tournaments in one month put some stress on them academically.”

Sophomore Leticia Ras-Anderica and junior Carina Cuculiza both tied for 23rd at 12-over 228. Sophomore Rika Park rebounded to post the Canes’ best third-round score with an even-par 72; Park tied for 42nd overall at 16-over 232.

Miami’s Lauren Riehle and Audrey Monssoh, both competing as individuals, tied for 64th at 22-over 238.

“The freshmen did really well,” Rizzo said. “They’ve picked up the slack a little bit. Playing this well in their first year is a credit to their hard work. We’ll take this (performance) and build on it.”