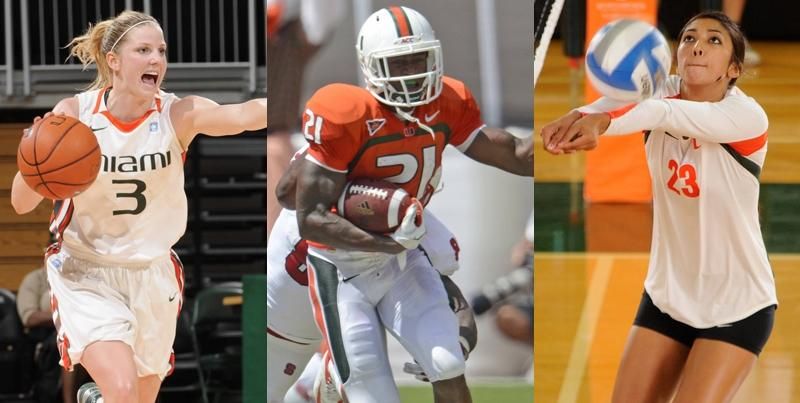 The Weaver-James-Corrigan scholarship is awarded to selected student-athletes – three from each league institution – who intend to pursue a graduate degree following completion of their undergraduate requirements. Each recipient will receive $5,000 toward his or her graduate education. Those honored have performed with distinction in both the classroom and their respective sport, while demonstrating exemplary conduct in the community.

The Weaver-James-Corrigan Award is named in honor of the late Jim Weaver and Bob James, as well as Gene Corrigan, the first three ACC commissioners. The league’s first commissioner, James H. Weaver, served the conference from 1954-70 after a stint as the Director of Athletics at Wake Forest University. His early leadership and uncompromising integrity are largely responsible for the excellent reputation enjoyed by the ACC today.

Robert C. James, a former University of Maryland football player, was named commissioner in 1971 and served in that capacity for 16 years. During his tenure, the league continued to grow in stature and became recognized as a national leader in athletics and academics, winning 23 national championships and maintaining standards of excellence in the classroom.

Prior to 1994, the Weaver-James postgraduate scholarships were given as separate honors. The Jim Weaver Award, which originated in 1970, recognized exceptional achievement on the playing field and in the classroom, while the Bob James Award, established in 1987, also honored outstanding student-athletes.

The 41 student-athletes will be honored at the annual ACC Postgraduate Luncheon presented by ESPN on April 17, 2013, in the Guilford Ballroom at the Sheraton Greensboro at Four Seasons.

Brandon McGee; Miami; Sports Administration; Football; Ft. Lauderdale, Fla.
A two-year starter for the Hurricanes, he started 24 straight games to end his career. He was known as the Canes’ shut-down corner and had 3 career interceptions. His 54 tackles last season ranked sixth on the team while his two interceptions tied for the team lead. He was selected to play in the 2013 East-West Shrine Game and has been invited to the 2013 NFL Combine later this month in Indianapolis. His community service activities include MDC City Cleanup, UM’s Bone Marrow Drive and Deserve Victory Tour. A 3.1 GPA student, McGee graduated with his bachelor’s degree in sports management with a minor in entrepreneurship in December 2012.

Stefanie Yderstrom; Miami; Sports Administration; Basketball; Ostertalje, Sweden
A two-time All-ACC Academic team member, Stefanie Yderstrom became the 23rd woman in program history to surpass the 1,000-point scoring plateau. She helped lead the Hurricanes to their first-ever ACC regular season title in 2011. The Ostertalje, Sweden native has started 100 consecutive games for the Hurricanes and ranks second in program history in made three-point field goals. The guard also boasts the Canes’ all-time record for free throw percentage. The 2012 All-ACC performer has worked with the Miami Coalition for the Homeless and the Austen Everett Foundation, connecting area youth with the women’s basketball team.

Nrithya Sundararaman; Miami; Neuroscience/Neurobiology; Volleyball; Naperville, Ill.
Sundararaman started 30 contests this season and led the ACC with 10.72 assists per match. The setter finished her career third in program history with 2,358 assists in 93 matches. Earning honorable mention AVCA All-America, All-ACC and AVCA All-Region honors, she effectively distributed the ball around with five UM players racking up at least 250 kills. The Naperville, Ill. native has earned accolades off the court, too. She was selected to the 2012 Capital One Academic All-America® Division I Volleyball Second Team, becoming the first player in program history to earn the prestigious honor. Sundararaman was also named an Arthur Ashe Jr. Sports Scholar in the May 24, 2012, issue of Diverse Issues in Higher Education. The award recognizes “undergraduate students of color who have made academic and athletic achievement a winning combination.” She maintains a 3.90 GPA and plans to attend medical school at the University of Southern California after graduation.