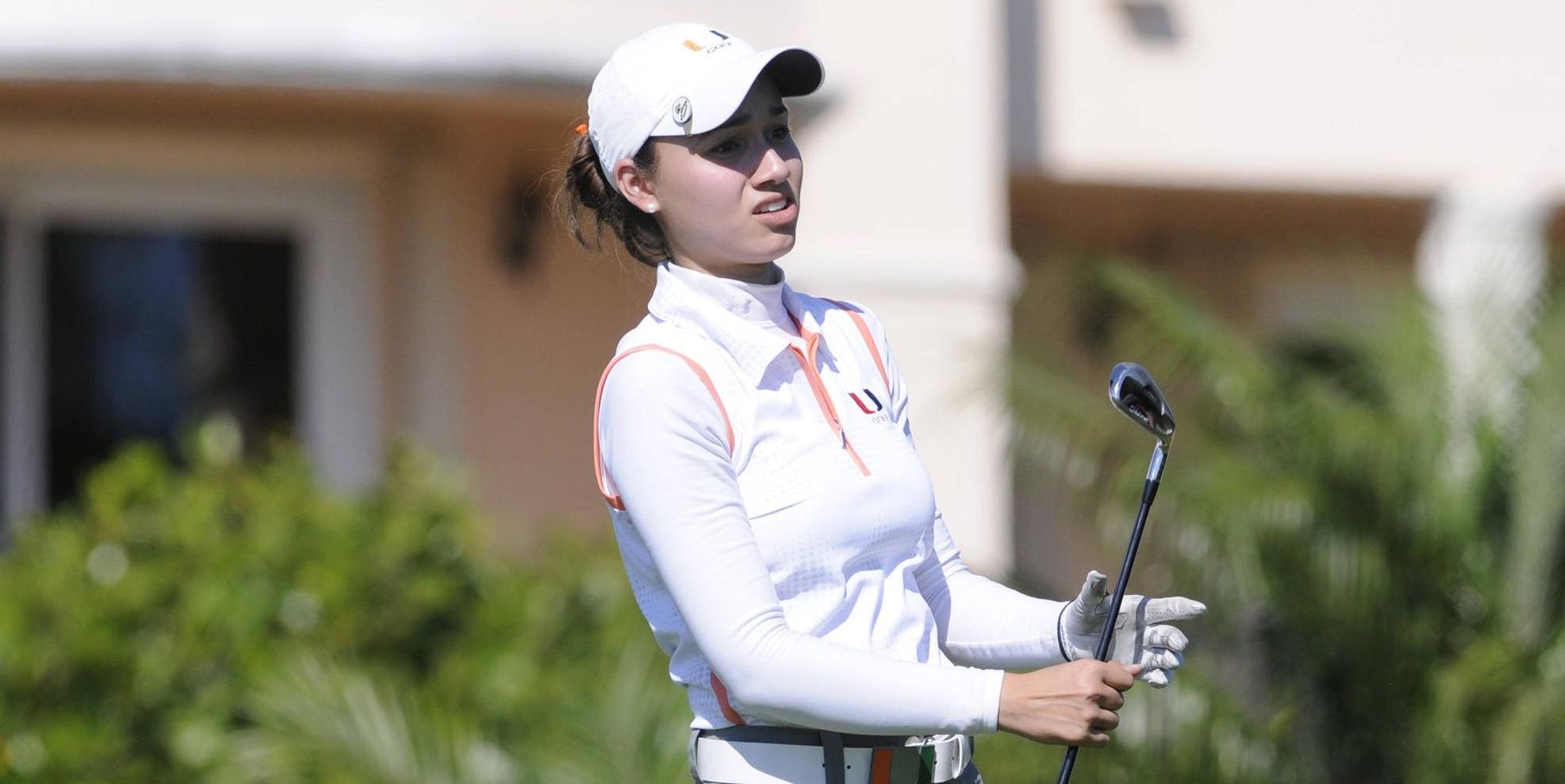 SORRENTO, Fla. – Registering 18 final-round birdies, the Miami Hurricanes women’s golf team posted its lowest round of the season Tuesday with a 289 to finish fourth at the UCF Challenge. Miami’s final-round tally is tied for the fourth-lowest round in program history.

Miami’s 54-hole score of 877 is the second-lowest in program history, four strokes behind the program record of 873 set at the 1986 Beacon Woods Invitational.

“John [Koskinen] and I are very proud of the girls today,” head coach Patti Rizzo said. “I think what’s helping is the fact that Laura [Hendee] and Christina [Ocampo] grew up playing on Florida golf courses so playing here is great for us, and Carina [Cuculiza] is from Nicaragua where they have similar courses as well. So playing at these Florida tournaments play in our favor, and in a few weeks we head back to Don Shula’s [Hotel and Golf Club].”

After an uncharacteristic final-round 77, sophomore Leticia Ras-Anderica tied for 12th overall at 2-over 218. Freshman Christina Ocampo played her best round of the season as she led the Canes with nine birdies for the tournament, including five Tuesday. This marks Ocampo’s second Top 20 finish in three tournaments as she tied for 18th at 3-over 219.

“Leticia had an off-day today,” Rizzo said. “Her timing wasn’t where it usually is and she wasn’t hitting the ball as solidly as she had been the past two days, but she’s happy that the team did well and I’m sure she’s going to bounce back.”

Junior Carina Cuculiza also notched her best round of the season, firing a final-round 2-under 70, while recording four birdies. Cuculiza finished 8-over 224, tying for 36th. Freshman Laura Hendee posted a strong finish, tying her season-low round with an even-par 72. The Tampa, Fla., native tied for 46th at 9-over 225.

UM sophomore Rika Park had one of the strongest finishes on the day as she posted three birdies on her final five holes to finish the day with a 4-over 76. Park concluded the tournament tied for 48th at 10-over 226.

Miami returns to the links Feb. 25-26 for the Sir Pizza Challenge held at Don Shula’s Hotel and Golf Club in Miami Lakes, Fla.