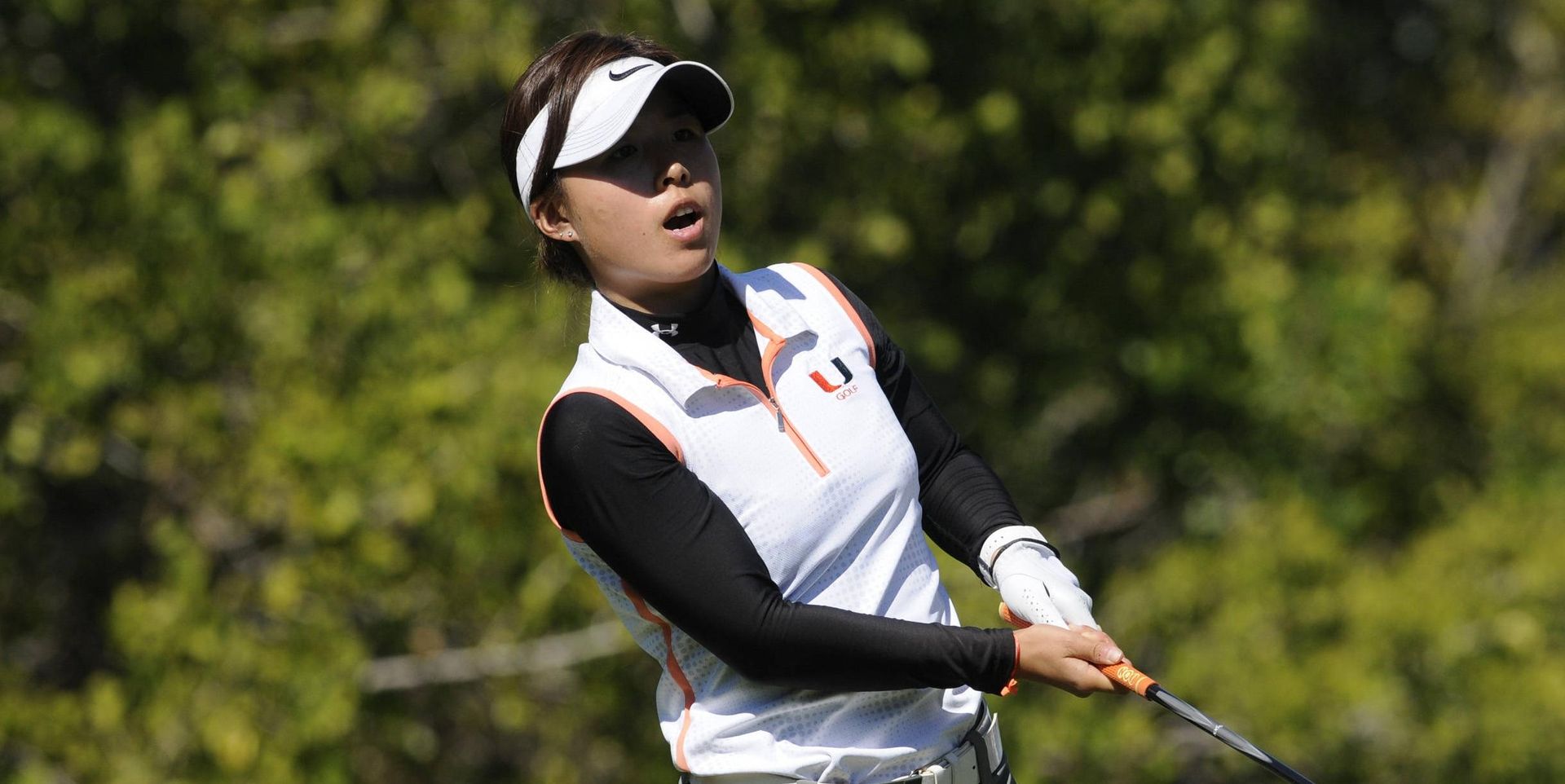 The Hurricanes were paced by sophomores Leticia Ras-Anderica and Rika Park, who both finished in the Top 10. Ras Anderica fired a 3-over 216, including a career-low 68 in the second round, to tie for fourth overall. Park carded a career-low-tying 69 in the first round and finished eighth overall at 6-over 219. Ras-Anderica is the first Hurricane golfer to card a 68 or lower since Jessica Steward at the 2007 UNCG Starmount Invitational.

“I feel pretty confident right now; I worked hard over the [winter] break to get my swing where I wanted,” Ras-Anderica said. “We have three days until we leave for UCF, so I’ll be working a lot on putting to get those scores lower.”

Park also notched her first top-10 finish of the season, highlighted by a collegiate best first-round 2-under 69, and marks her fifth top-ten performance.

“It was very good motivation and it brings some confidence to our team,” Park said. “Even though we didn’t perform our best, we know we are getting better with each tournament.”

Miami’s freshmen trio of Lauren Riehle, Christina Ocampo and Laura Hendee would round out the Canes’ team scoring. Riehle shot a 21-over 231 to tie for 39th, while Ocampo tied for 41st overall at 22-over 235. Hendee tied for 59th at 28-over 241.

Playing as one of two individuals for the Canes, UM’s lone upperclassmen junior Carina Cuculiza showcased her best golf of the season with a three-round score of 18-over 231, while finishing tied for 29th place. Also playing as an individual was recent Arkansas transfer and sophomore Audrey Monssoh, who placed in 81st position with a 41-over 254.