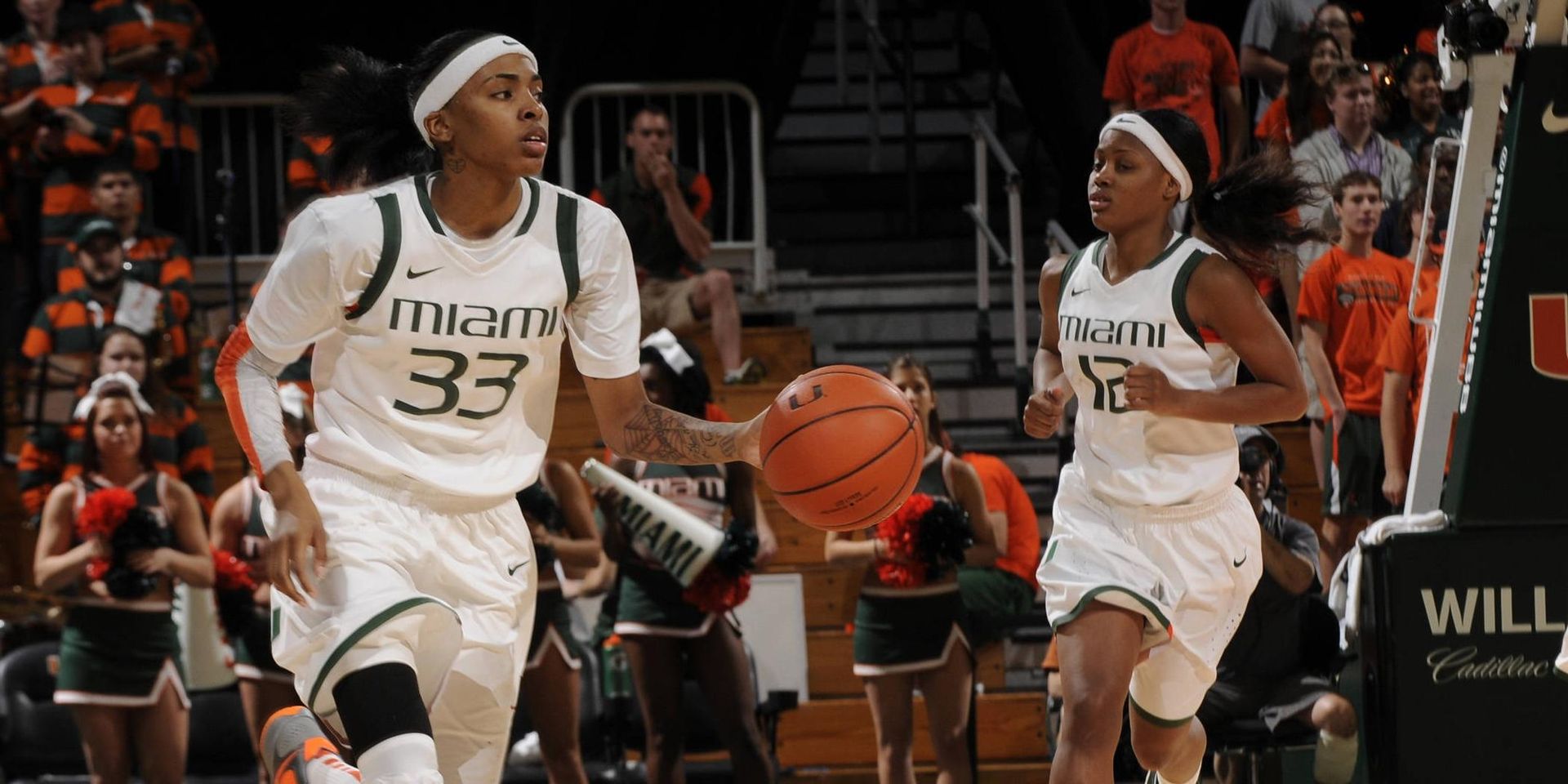 WBB Looks to Get on Track vs. Virginia Tech

TOUGH TO BEAT AT THE BANKUNITED CENTER
• Miami has won 52 of its last 54games inside the BankUnited Center.

• All three members incoming class have beennominated to play in the 2013 McDonald’s All-American Game.