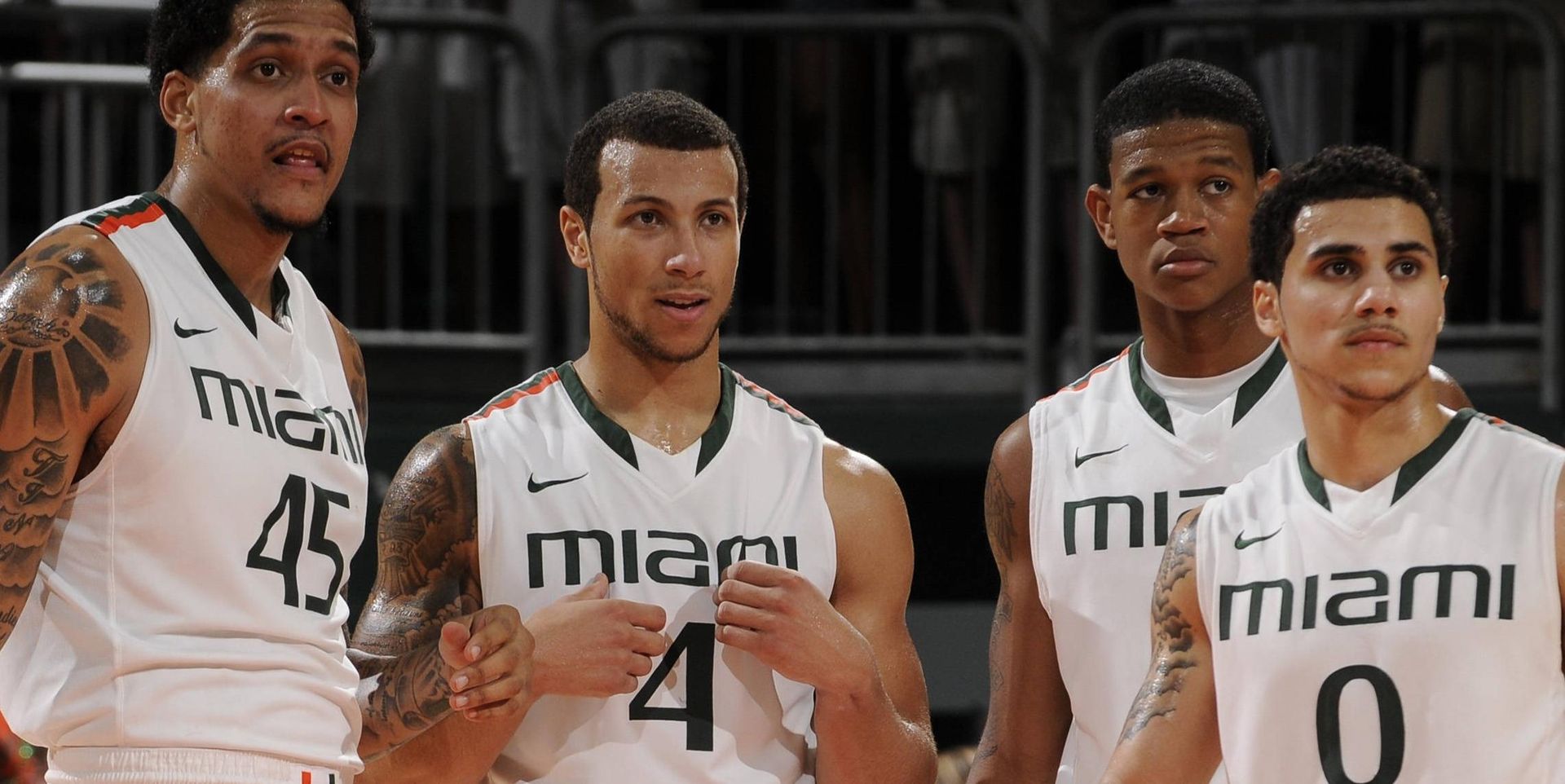 The blowout victory before a capacity crowd was the second in a row for the 25th-ranked Hurricanes, ensuring a significant jump in Monday’s poll. They drubbed No. 1 Duke on Wednesday.

The Seminoles endured repeated long scoring droughts against Miami’s man-to-man defense and shot a season-low 31 percent, the fourth time in the past five games they’ve been under 42 percent. Their starters went 7 for 26 and totaled 19 points.

Miami has not allowed an opponent to shoot better than 50 percent from the field this season. Michael Snaer went 2 for 5 and was held to four points, 10.5 below his average. The Seminoles went 3 for 17 from 3-point range.

McKinney Jones had three 3-pointers for the Hurricanes, who went 8 for 22 from beyond the arc. Durand Scott and Kenny Kadji scored 11 points apiece, and Shane Larkin had eight points, nine rebounds and six assists.

The Hurricanes had a 44-32 rebounding edge and outscored the Seminoles 15-2 on second-chance points.

Miami cracked the rankings Monday for the first time in three years and is creating a buzz even in South Florida, where college basketball tends to draw little attention. The sellout was only the 11th in the Hurricanes’ 10-year-old on-campus arena, but their second in a row.

Miami scored the first six points and led all the way. After Florida State cut the deficit to two late in the first half, McKinney Jones converted back-to-back fast breaks, scoring on a layup and then sinking a pull-up 3-pointer for a 37-26 lead.

Three-pointers by McKinney Jones, Larkin and Scott helped the Hurricanes build the margin to 54-33.

The attendance for tonight’s game was 7,972. This is the first time in program history that there have been back-to-back sellouts at the BankUnited Center.

Miami starts conference play 6-0 for the first time in school history, dating back to the 1991-92 season when UM joined its first league, the BIG EAST Conference.

UM is on a seven-game winning streak for the first time since the Canes won eight-straight in 2009-10. That season UM went on to a 15-1 record to start the season before dropping four-straight ACC games.

Miami held Florida State to 47 points. This is the fifth time this season that Miami has held opponents to 50 or fewer points, most recently on Jan. 13, 2013 against Maryland (47).

Miami had 19 assists as compared to Florida State’s six, and UM only had eight turnovers compared to 12 by the Seminoles.

Kenny Kadji scored the first basket for Miami with 19:22 remaining in the first half. The Canes are now 5-0 when Kadji hits the first bucket.

Miami led FSU by as many as 11 points with 00:44 remaining in the first half leading 37-28 at halftime. Miami’s lead stretched to 24 with 00:19 remaining in the second half on a dunk by Rion Brown.

Trey McKinney Jones led the Canes in scoring with 15 points.

Shane Larkin finished with eight points, nine rebounds and six assists, making this his eleventh game with four or more assists. In back-to-back games, Larkin has had nine or more rebounds.

Kenny Kadji finished with 11 points. This was his ninth-straight game scoring in double figures, and he’s done so in 15 out of 18 games this season.