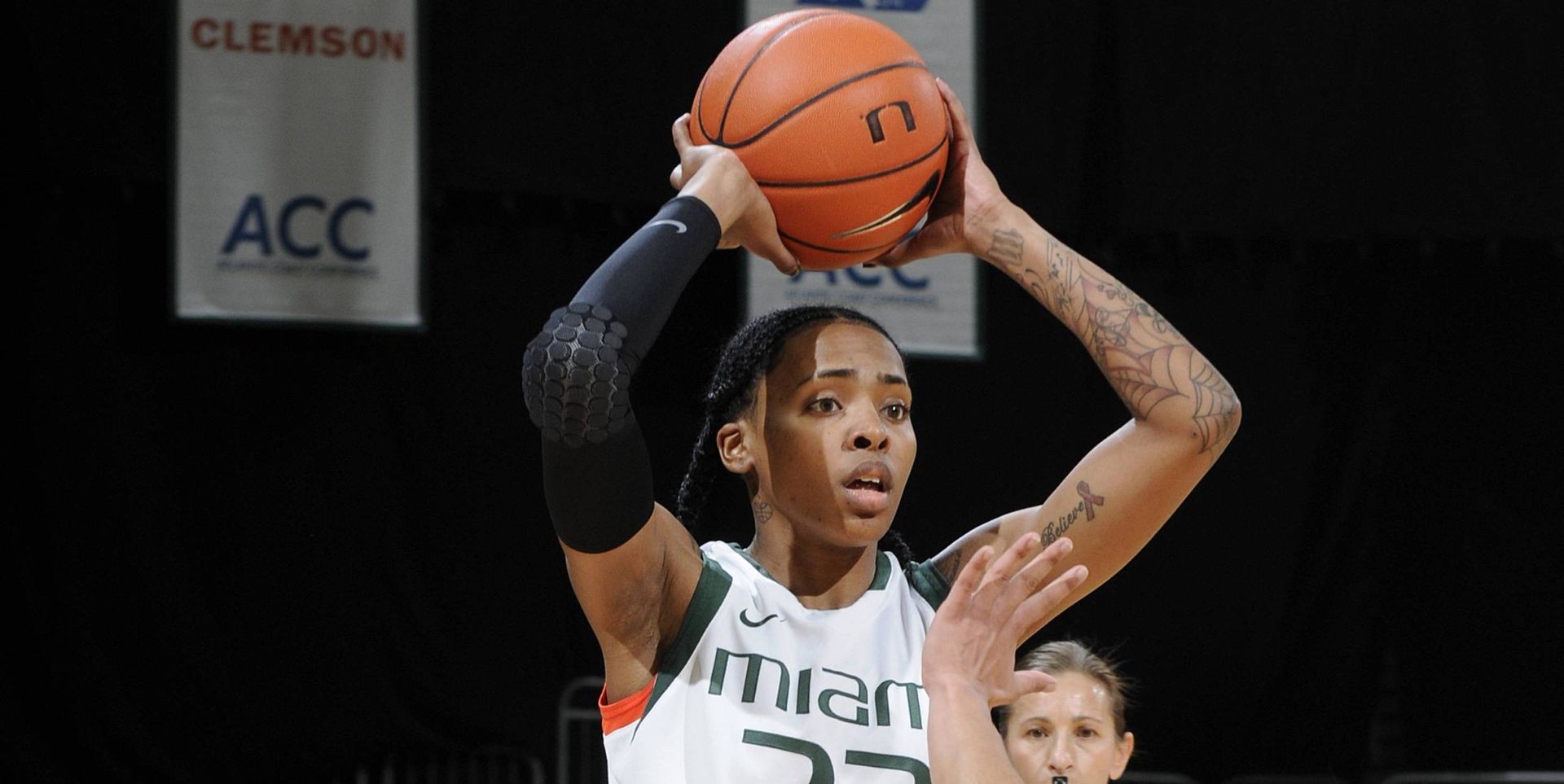 THE GAME
The University of Miami women’s basketballteam will travel north to Tobacco Road for a matchup with Wake Forest onThursday at the Joel Coliseum. Tipoff for the ACC showdown is set for 6:30 p.m.

The Hurricanes(13-5, 4-3 ACC) will be looking to get back in the win column after falling onthe road in Charlottesville Sunday. Miami nearly completed an improbablecomeback, but fell to Virginia 62-52 at John Paul Jones Arena. Senior ShawniceWilson paced the visitors with 12 points and seven rebounds in the loss.

YDERSTROM IS HEATING UP
In Miami’s last nine games, Miamisenior guard Stefanie Yderstrom has scored in double figures eight times and isaveraging 15.8 points per game, while hitting 30 of her 40 three-pointers inthose eight games.

Since the beginningof the 2011-12 season, Yderstrom has made 108 three pointers, more than anyother player in the ACC.

In conference play,Yderstrom leads all players with 22 made three pointers and a 55 percentthree-point field goal percentage.

CANES TOUGH TO BEAT IN ACC PLAY
Since the 2010-11 season, Miami is29-7 in Atlantic Coast Conference play, second only to Duke (32-3). In thatspan, the Canes are flawless inside the BankUnited Center, winning 18 straightACC games.

BIG-TIME TEAM ON THE SMALL SCREEN
The Jan. 24 game atWake Forest will be the fourth of nine regular season games to be televisedthis season.

On the season,Stroman leads the team with five double-doubles, 8.6 rebounds, 2.2 steals and1.3 blocks and is second on the team with 12.4 points per game.

In the two games, ShawniceWilson totaled 16 points and 19 rebounds while freshman Keyona Hayes picked upher third double-double (11 points, 15 rebounds) of the season against the BlueDevils. Each earned a spot on the all-tournament team.

MEIER ENTERS EIGHTH SEASON AT MIAMI
In 2012-13, head coach Katie Meierand her staff will begin their eighth year at the helm in Coral Gables. TheHurricanes advanced to the NCAA tournament second round for the secondconsecutive season, finishing second in the Atlantic Coast Conference with a 14-2record. Overall, Miami finished with a 26-6 record, the third straight 20-winseason for Meier.