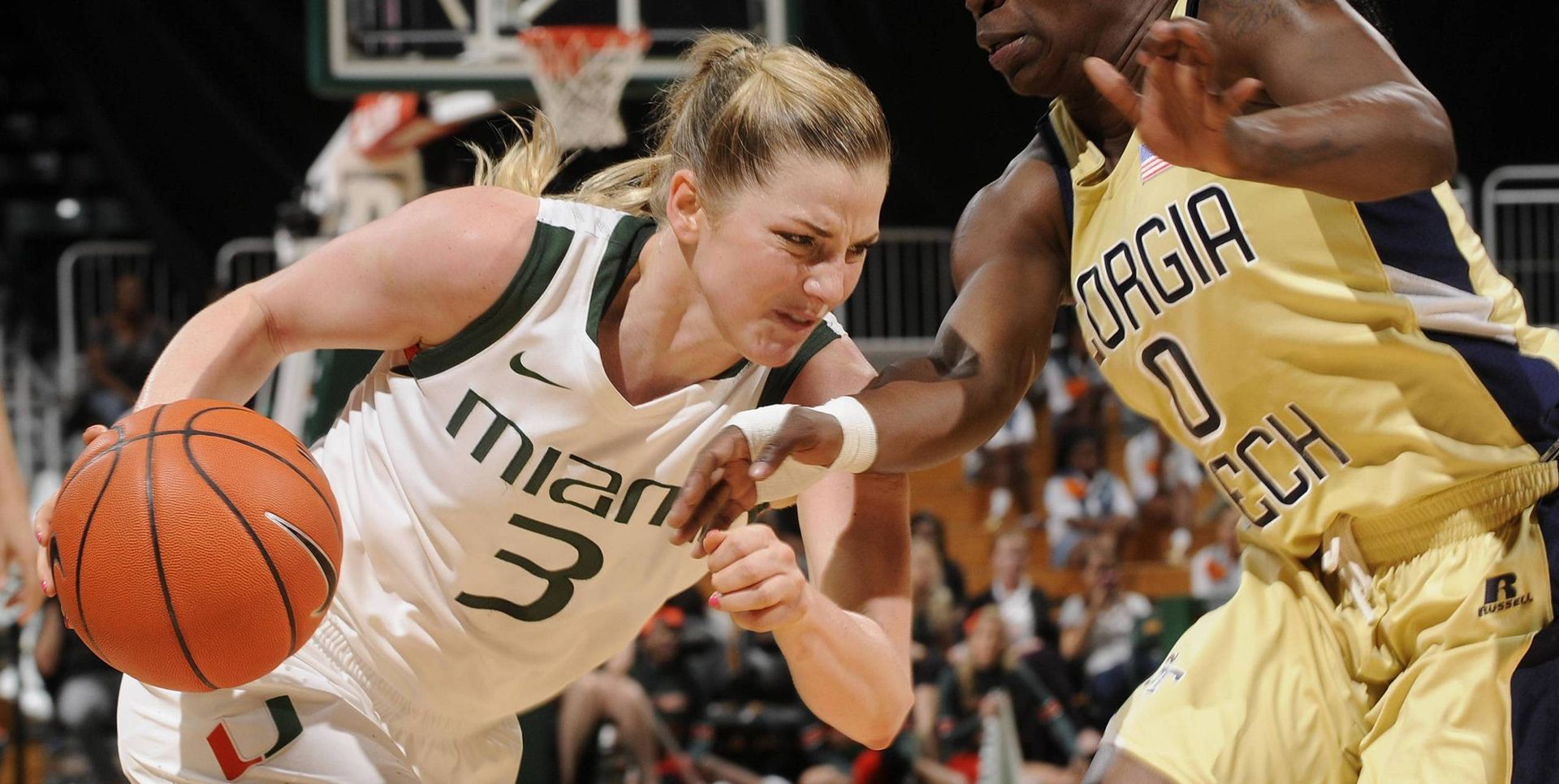 WBB Back on Road to Face Virginia

THE GAME
After a brief return home for theirvictory over visiting Georgia Tech, the Miami Hurricanes hit the road onceagain for the second leg of a January home-and-home with the VirginiaCavaliers.

Miami (13-4, 4-2ACC) walked away with a victory in the first rendition, taking down theCavaliers 58-52 at the BankUnited Center on Jan. 6. Seniors Stefanie Yderstromand Morgan Stroman combined for 30 points in the win.

After dropping theirmost recent contest with North Carolina, the Cavaliers (11-6, 3-3 ACC) will belooking to get back in the win column at John Paul Jones Arena. Virginia ispaced by junior guards Kelsey Wolfe (12.3 points, 4.2 rebounds) and AtairaFranklin (11.9 points).

YDERSTROM IS HEATING UP
In Miami’s last eight games, Miamisenior guard Stefanie Yderstrom is averaging 16.8 points per game and has hit27 of her 37 three-pointers in those eight games.

Since the beginningof the 2011-12 season, Yderstrom has made 105 three pointers, more than anyother player in the ACC.

In conference play,Yderstrom leads all players with 19 made three pointers and a 56 percentthree-point field goal percentage. Also, in ACC play, the senior is shooting 93percent from the free throw line, tops in the conference.

BIG-TIME TEAM ON THE SMALL SCREEN
The Jan. 20 game atVirginia will be the third of nine regular season games to be televised thisseason.

On the season, Stromanleads the team with five double-doubles, 8.6 rebounds, 2.3 steals and 1.4blocks and is second on the team with 12.7 points per game.