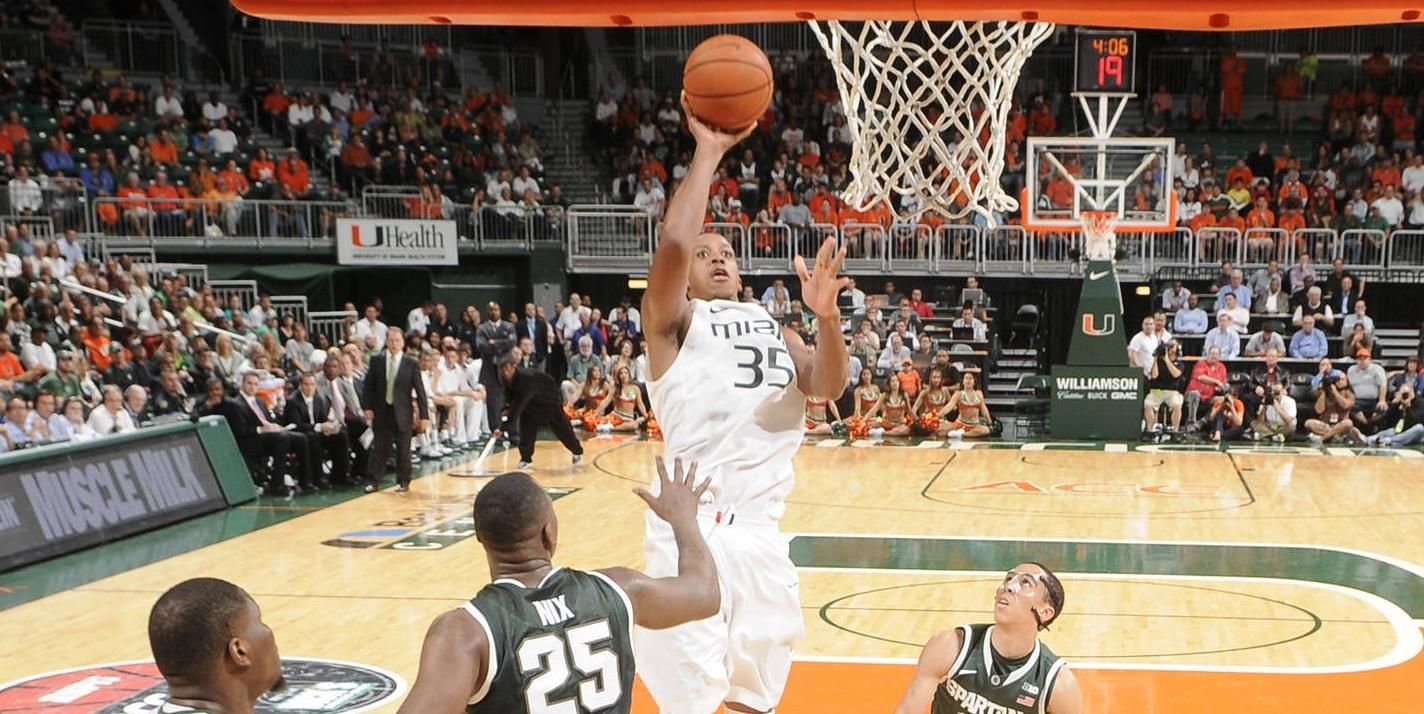 Julian Gamble had 14 points and Durand Scott and Shane Larkin each had 11 for the Hurricanes (11-3, 2-0 Atlantic Coast Conference).

They led for most of the second half, shot 47 percent on 25-of-53 shooting and held the Tar Heels to one field goal during a critical seven-minute span late.

Miami won its third straight, claimed its first 2-0 start to ACC play since joining the conference in 2003-04 and beat North Carolina for just the third time and first since 2006.

The Canes defeated the Tar Heels for the first time in 10 meetings. Miami last downed UNC on Jan. 14, 2006.

The Canes have opened ACC play with a 2-0 record for the first time since joining the league for the 2004-05 season.

The Canes continued on their hot shooting from behind the arc, recording nine 3-pointers tonight.

Head coach Jim Larranaga is in his 29th season as a head coach and second at Miami, has a 501-350 overall record and is 31-16 in his second season at Miami.

In his first season at UM; Coach Larranaga and the Canes defeated eight of their 11 ACC opponents at least once. With the win at North Carolina, the Coach L and company have defeated nine of 11 ACC teams.The Canes have not yet defeated NC State or Virginia.

Rion Brown, who made five 3-pointers in his first 12 games, has recorded seven in the last two games.

Kenny Kadji has scored in double digits in 11 games this season, including 5-straight games.

Julian Gamble has scored in double digits in four of 14 games this season, and three of the last six.

In eight games this year, four or more Hurricanes have scored in double digits.