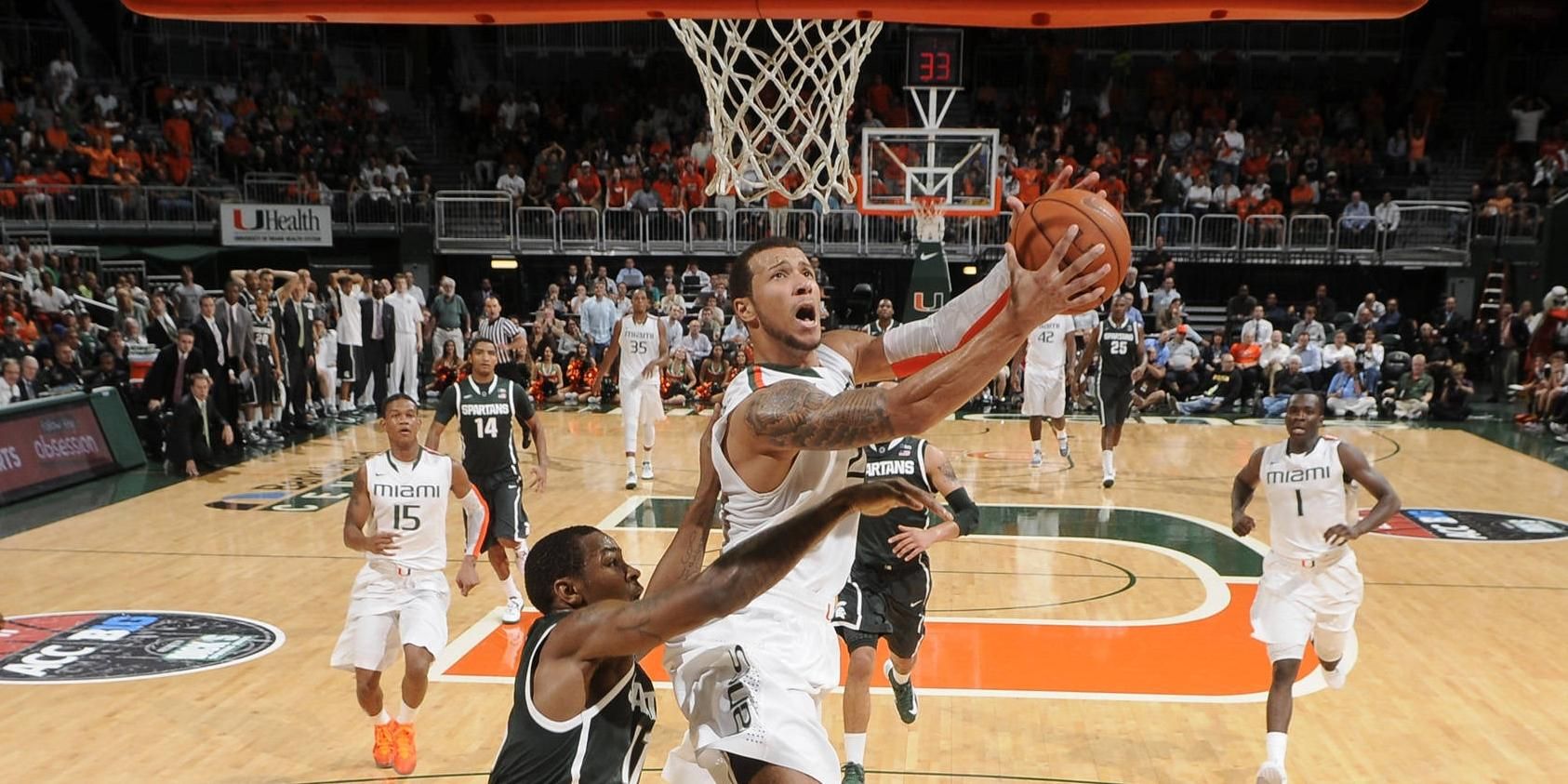 HONOLULU, Hawaii  — The University of Miami was defeated Indiana State, 57-55 in overtime, on Dec. 25 in the third place game of the Hawaiian Airlines Diamond Head Classic.

Miami was led by 13 points and seven rebounds from Kenny Kadji. Durand Scott added 12 points and Julian Gamble was one rebound shy of his second double-double of the tournament with 11 points and nine rebounds.

Trey McKinney Jones grabbed a career-high 11 rebounds for the Canes.

Jake ISU’s Jake Odum banked in a 15-footer with eight-tenths of a second left in overtime to rally Indiana State to the win. Indiana State trailed by as many as nine points and shot just 27 percent from the field.

Arop made two free throws to tie it at 55 with 1:03 left in overtime, and after Miami’s Kenny Kadji missed a shot, Indiana State got the ball and called timeout with 29.3 seconds left.

Odum received the ensuing inbounds pass and held the ball until 5 seconds remained. He started to his right, pump-faked near the free-throw line and hit what became the game-winning shot.

Miami was 0-15 from distance against ISU. The last time Miami was held without a 3-point bucket was on Dec. 15, 2001 when the Canes were 0-13 against Indiana, who shot 1-15 in the Orange Bowl Classic game held at American Airlines Arena in Miami. UM won that game 58-53. The Hurricanes had made a 3-point basket in 354 straight games and have made at least one trey in 811 of 815 games since the NCAA adopted the 3-point shot in 1986.

Julian Gamble fouled out with 4:27 remaining in regulation, Miami’s first player to foul out this season.

Kenny Kadji led the Canes with 13 points, along with seven rebounds and two blocks.