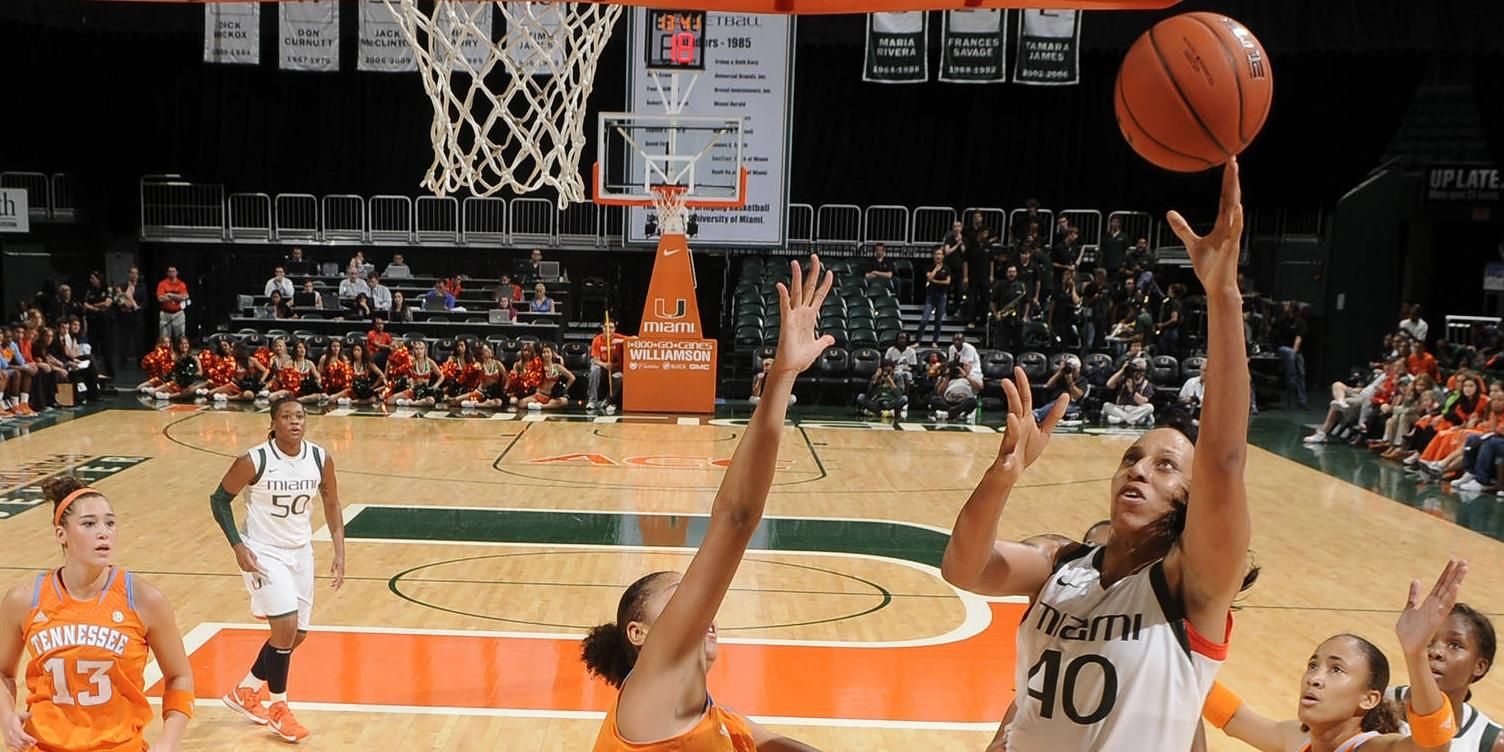 PISCATAWAY, N.J.  — Shawnice Wilson’s second double-double of the season wasn’t enough for the University of Miami women’s basketball team, as the Hurricanes fell, 42-34, to Rutgers at the Rutgers Athletic Center on Sunday night.

The Hurricanes (7-2) shot only 19 percent against the Rutgers defense and scored a season-low 34 points, despite 10 points and 13 rebounds from Wilson. It was the second double-double of the season for the powerful center.

Miami’s defense was stout on the evening as well, holding the home team to 33 percent shooting and forcing 21 turnovers.

As good as the Canes played on defense, they couldn’t overcome two long droughts in which they didn’t convert on a field goal attempt.  A drought in the first half lasted 9:55 and another in the second period went on for 11:30.

The Hurricane offense wasn’t able to get on track in the first half, converting on just four of its 22 field goal attempts. However, the Miami defense was impressive in holding Rutgers to under 30 percent from the field.

Wilson led all players with seven points and eight rebounds at the break and her layup with just two seconds left in the half, capped a 6-0 run that closed the gap to just one at 16-15.

Miami’s next contest will be its conference opener, welcoming NC State to the BankUnited Center on Dec. 20. Tip-off is set for 7:05 p.m.

For all the latest information on Miami Hurricanes women’s basketball, follow the official Twitter feed, @MiamiWBB, or “Like Us” on Facebook at facebook.com/MiamiWBB. In addition, the program’s official blog can be found at uwomenshoops.tumblr.com.