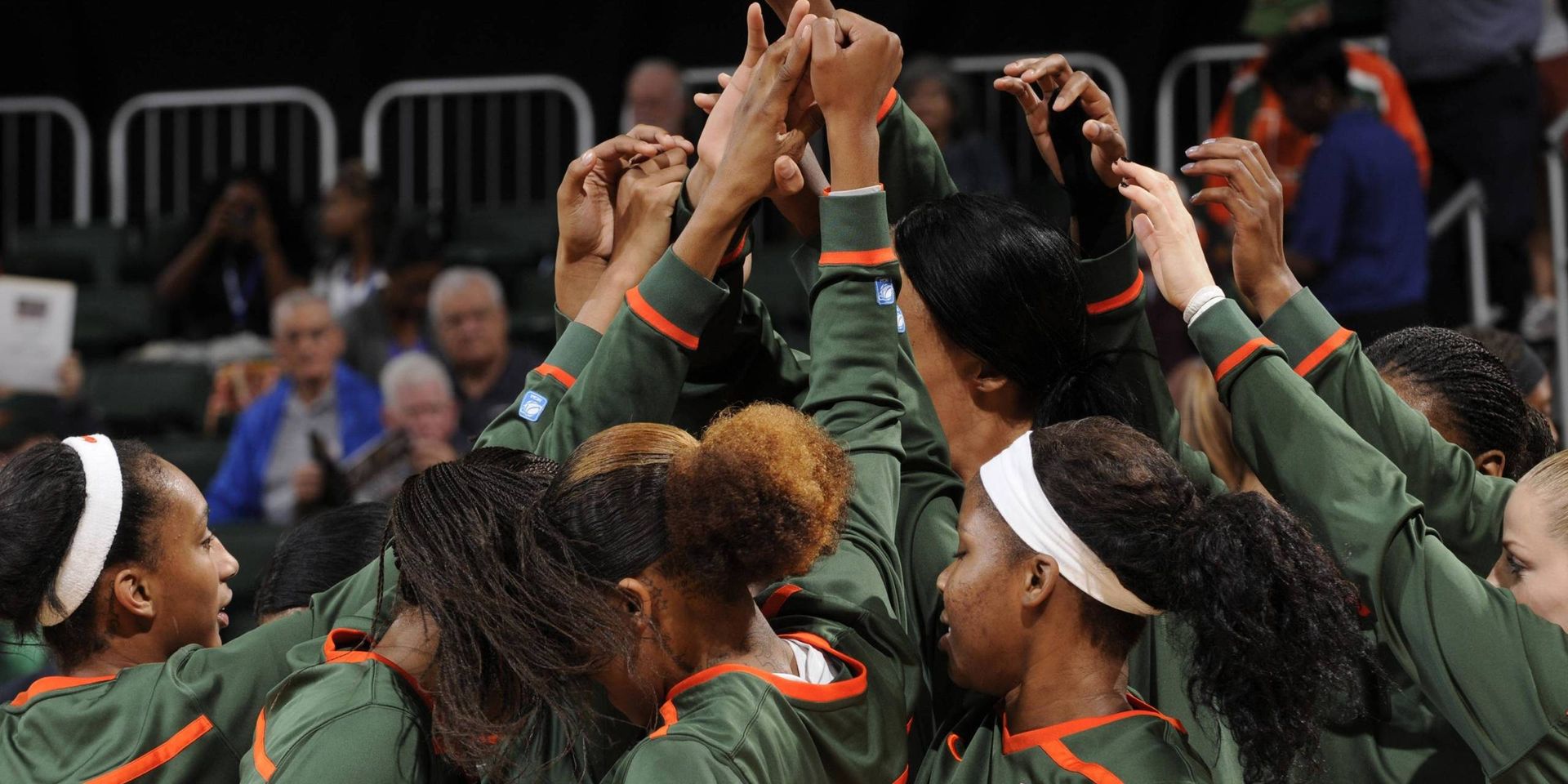 CORALGABLES, Fla. – After a two-weeklayoff, the University of Miami women’s basketball team returned to the AssociatedPress Top 25 Poll. The Canes comes in at No. 23 this week, matching itsseason-best ranking from the second week of the 2012-13 campaign.

After the loss to Miami, Penn State fell fourspots to No. 10. Miami rival Florida State also entered the rankings at No. 24.In all, the Hurricanes have 10 games against teams that are ranked or receivingvotes in the latest poll.

Miami returns to the hardwood Monday, as ittakes on Alcorn State (0-5) at the BankUnited Center. Tip-off is scheduled for7:05 p.m.