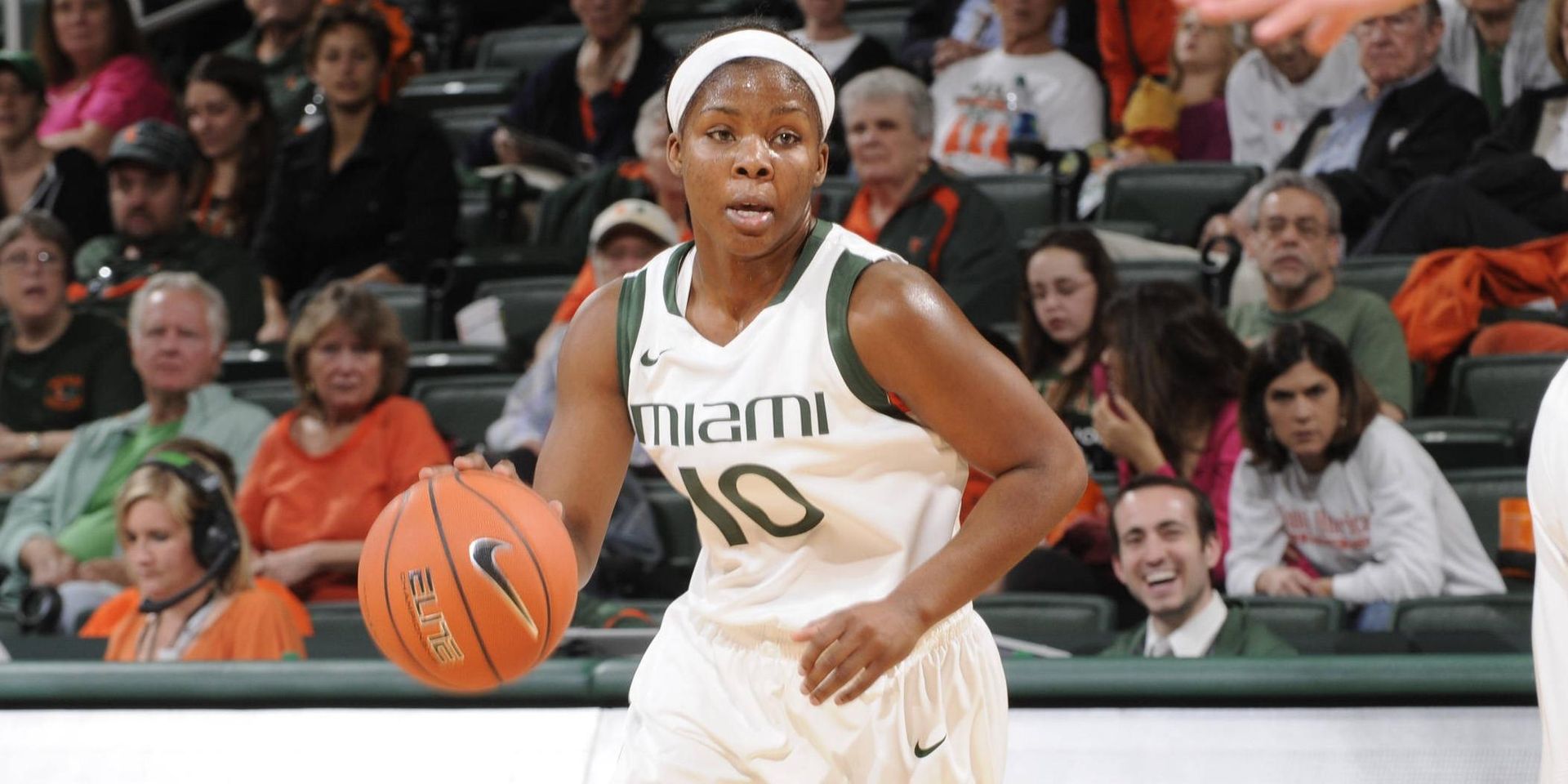 CORAL GABLES, Fla. (AP) — One basket into the second half, Tennessee had a stunning 27-point lead over Miami.

The Lady Vols nearly wasted it all before snapping the Hurricanes’ 41-game home winning streak.

“We didn’t want to lose the lead the way we did, but we finished with a `W,”’ said Tennessee’s Cierra Burdick, who had 10 rebounds. “And that’s what matters. This was a big-time win against a big-time opponent, on the road, so I’m nothing but proud of my team.”

Ariel Massengale added 14 points and was a perfect 10-for-10 from the foul line for the Lady Vols (3-1). Tennessee closed the first half on a 23-4 run to take a 46-21 lead, then scored the opening basket for what was its largest lead of the game, and still was ahead by 25 points with less than 13 minutes remaining before Miami started its comeback.

Michelle Woods scored 17 points and Morgan Stroman added 13 for Miami (2-1), which missed 18 of its first 20 shots. The Hurricanes got within six on a pair of free throws by Stefanie Yderstrom with 2:30 left, but no closer.

“I told them, this second half is going to define our season,” Miami coach Katie Meier said. “We’re going to know who we are.”

Tennessee’s lead was still 25 – 58-33 – with 12:28 remaining after Taber Spani connected on a 3-pointer. For whatever reason, that’s when Miami started to click.

The Hurricanes scored the next 11 points, Woods starting the run with a pair of jumpers, and got the lead down to 58-44 with 8:50 left. And just when it seemed like Tennessee had some order restored, going up by 18 again after Graves scored with 6:34 remaining, the Hurricanes started rolling again.

This time, the Miami run was 16-4, the last four of those points coming at the foul line by Yderstrom, who got Miami within 71-65. A layup by Stroman with 1:18 left got the Hurricanes within six again, before Tennessee scored the game’s final six points.

“They’re a good team,” Burdick said. “Nobody’s going to lay down just because we have Tennessee across our chest. That’s one of the things we’re learning as we go throughout the season. Miami’s a great team, ranked Top 25, this was a Top 25 matchup. Just for us to come in and be the underdogs and get this win on the road, that’s great. It’s a great win for our program.”

Tennessee shot 42 percent, compared with only 32 percent by the Hurricanes. Miami’s starting five shot a combined 13-for-49 from the floor, including a 2-for-15 effort from 3-point range, and the Hurricanes missed 13 of their 32 free throws.

Still, Meier said she took some consolation from the fact that Miami turned a blowout into a two-possession game down the stretch.

“I do. I mean, I have to, but I do,” Meier said. “I honestly do believe it. We’ve got some people being asked to do things that they’ve never done before.”