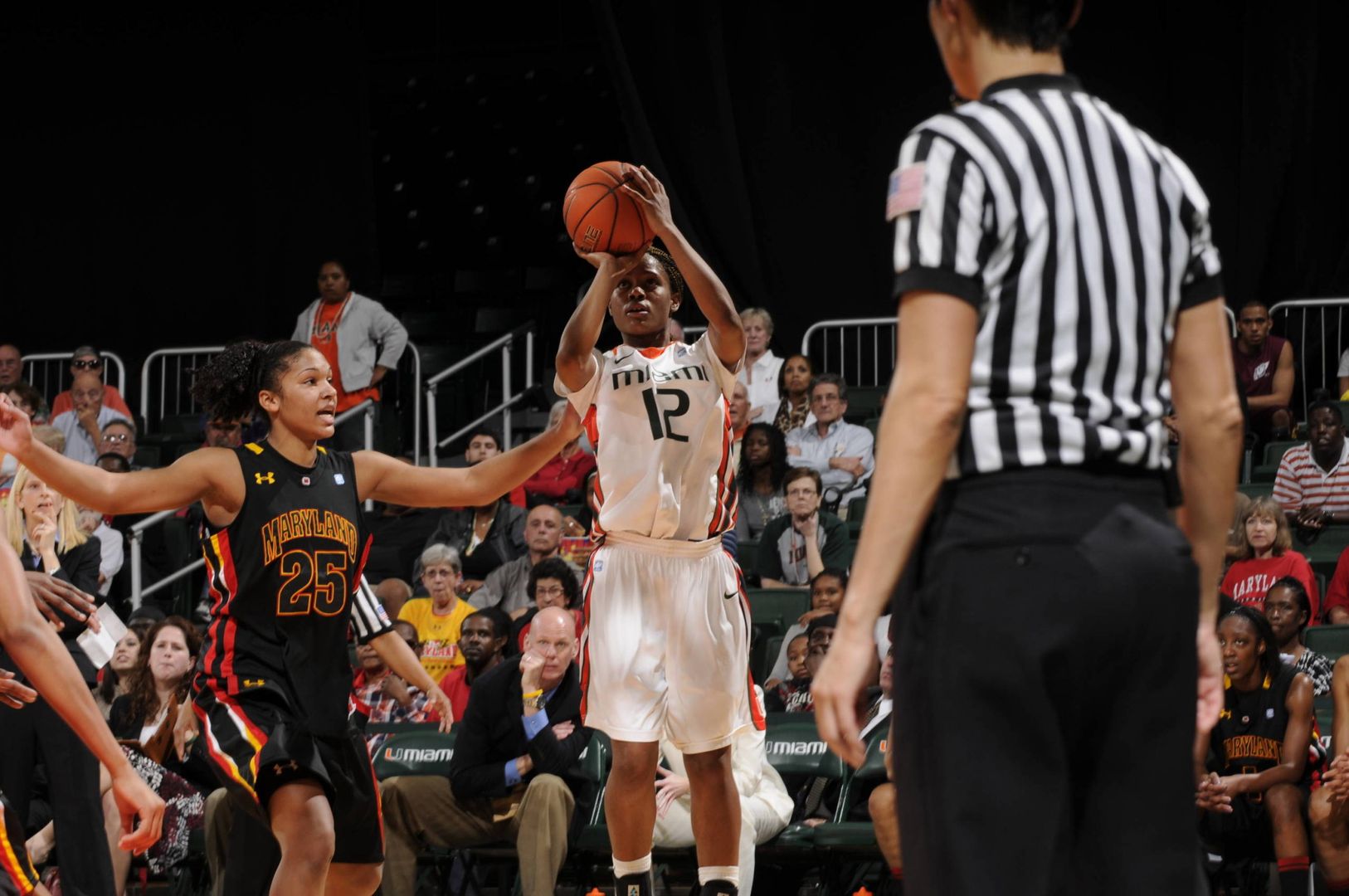 The big basket was madepossible by an offensive rebound from Michelle Woods, who then quickly scanned thecourt and found the open Saunders . Woods also scored a career-best 20 points -the second straight game she has done so. The Naples, Fla., native poured in 19points in the season opener on Friday.

Miami (2-0) led by two at thehalf, but Woods scored nine straight points to open the second period, hittinga pair of threes and converting on an and-one opportunity. In all, the 23rd-rankedCanes would go on a 13-0 run to start the half.

Freshman Keyona Hayes was oneof three Hurricanes to grab 11 rebounds on the night, joining Morgan Stromanand Shawnice Wilson. Hayes also was a perfect 3-of-3 from the field and 4-of-4 fromthe free throw line, scoring 10 points on the night in recording Miami’s firstdouble-double of the season.

Senior All-ACC guard StefanieYderstrom struggled from the field but with 4:22 remaining in the game, stolean inbounds pass underneath Miami’s goal and sank the reverse lay-in to put theCanes up by nine at 64-55.

Richmond (1-1) would pull towithin three in the game’s final minute before Saunders deal-breaker.

Stroman picked up two earlyfouls and Meier was forced to put the all-conference forward on the bench for theremainder of the half. Soon after, Krystal Saunders would join her teammatewith a pair of fouls.

Hayes and Caprice Dennis didmore than their fair share in filling in for the Canes in the opening stanza, combiningfor 12 points. At the break, Miami held a 36-34 lead after an offensiveput-back from Hayes with a fraction of a second left. The freshman led all UMplayers with eight points and six rebounds heading into the locker room.

After Stroman left the game,Richmond would build a 12-7 lead with 12:24 left in the half.  However, Meier called for a full court press,forcing the Spiders into five consecutive turnovers and nine Hurricane pointsin just over two minutes.

The Hurricanes have six days before their nextcontest, the highly anticipated matchup with the Tennessee Volunteers, Sunday,Nov. 18 at 2:05 p.m.