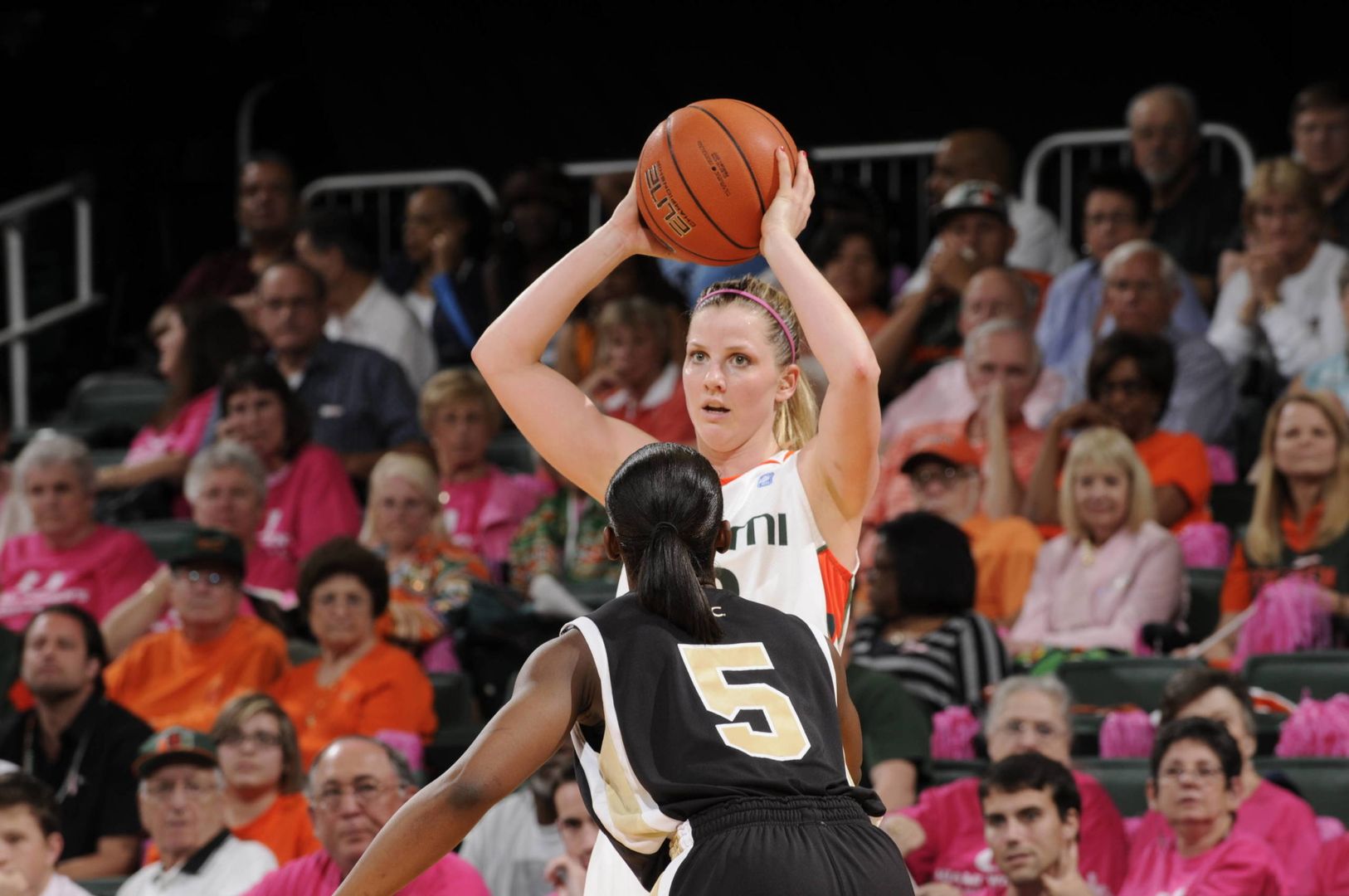 CORALGABLES, Fla. – For the second timein less than a week, the University of Miami women’s basketball team has been rankedin a preseason poll. This time the Canes enter the season No. 23 as announcedTuesday by the USA Today Sports/ESPN Top 25 Coaches’ Poll.

On Saturday, the Hurricanes were voted thenation’s 24th-best team by the Associated Press pollsters.

Miami returns two All-ACC players in StefanieYderstrom and MorganStroman. Each was named to the conference’s third team, Stroman in 2011 andYderstrom in 2012.

UM also will see the addition of threefreshman that made up a signing class that ranked 19th according to ESPNU HoopGurlz.

The Canes will face five teams that areranked in the AP Top 25 poll, including No. 3 Duke, No. 5 Maryland, No. 8 PennState, No. 16 Tennessee, and No. 20 Georgia Tech. Miami will play Duke andGeorgia Tech two times each during the regular season.

Miami welcomes Nova Southeastern for anexhibition game at the BankUnited Center on Nov. 5 at 7:05 p.m. The regularseason gets underway on Nov. 9 when the Canes face North Florida in CoralGables at 8 p.m.

The Hurricanes’ general admission seasonticket prices remain at just $50, while reserved courtside seats are availablefor only $75.

KatieMeier‘s Canes welcome 18 teams to the BankUnited Center this upcomingseason. That’s less than $3 per game! Traditional ACC powers Duke and NorthCarolina, in addition to national staples Tennessee and Penn State will pay avisit to Coral Gables.