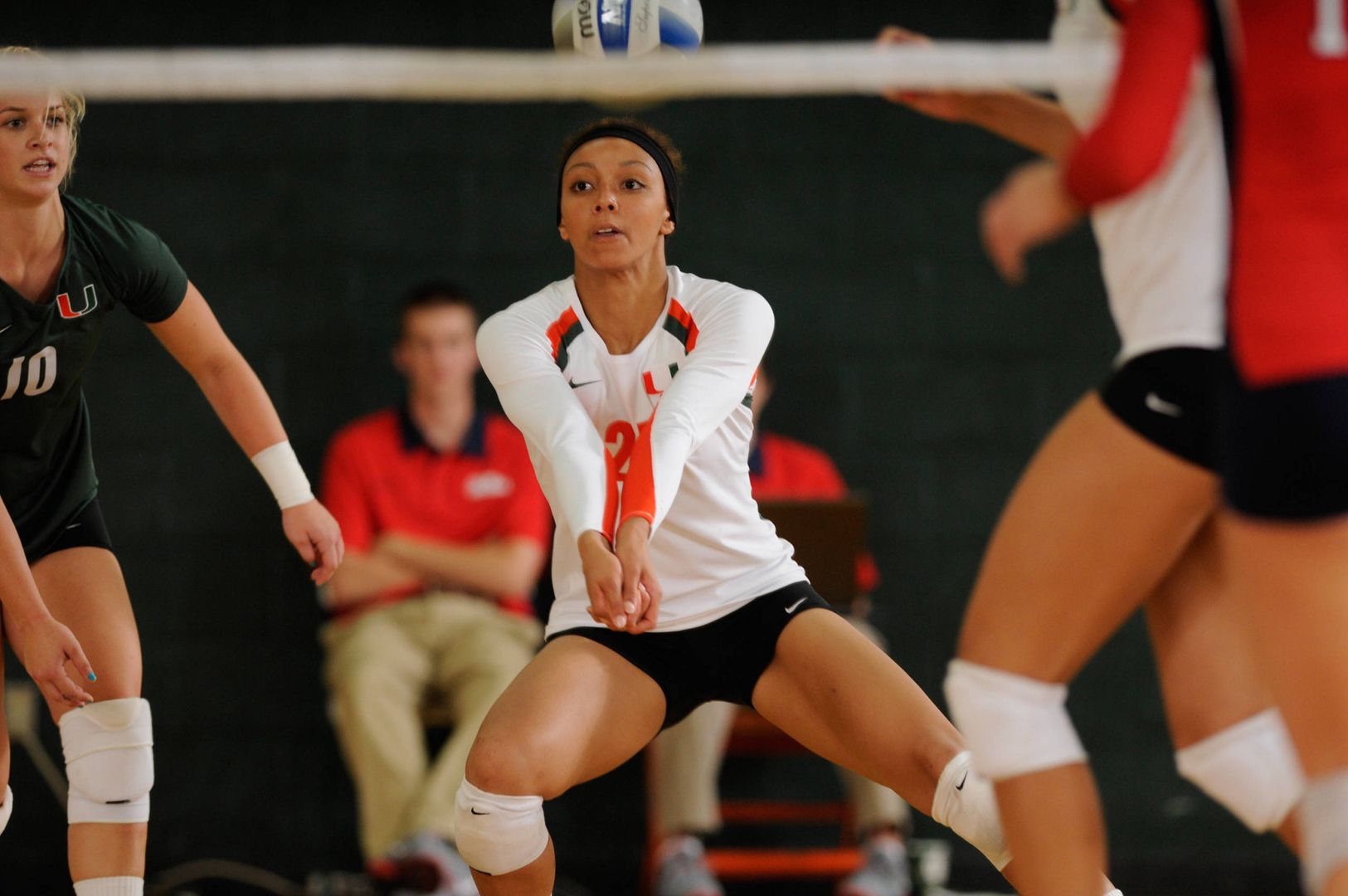 “It’salways great to pick up a conference sweep, they are hard to get,” LantagneWelch said. “Every match is a challenge and we are pleased to be able to pickup two home wins this weekend.”

Miamicontrolled the match throughout the afternoon, as there were only four leadchanges in the three sets. A total of 13 players saw action for the Canes inthe win.

Virginia(7-17, 1-12) was led by a match-high 15 kills from Natalie Bausback. UM alsodefeated UVA in three sets on Sept. 21 in Charlottesville, Va.

TheCanes will play their next four matches over two weekends in the state of NorthCarolina, starting with a contest at UNC on Nov. 2 at 7 p.m. It can be seenlive on ESPN3.