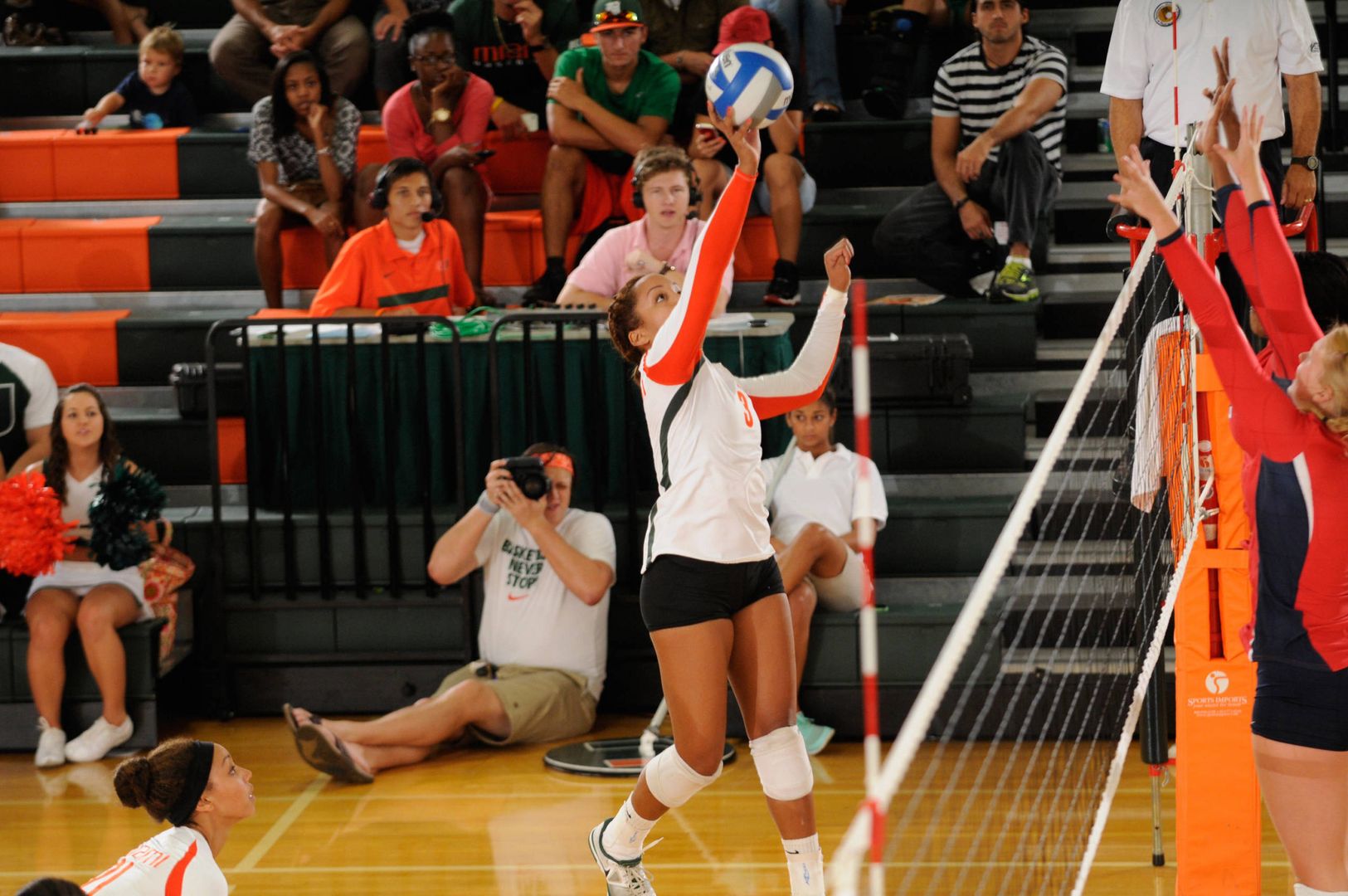 No. 24 Volleyball Rolls Past Virginia Tech

CORAL GABLES, Fla. – After fending off three setpoints in the first set, No. 24 Miami volleyball took down Virginia Tech inthree sets on Friday at the Knight Sports Complex to avenge an earlier season lossto the Hokies. With the sweep, the Canes have now won their last 15 at home and26 of the last 27 dating back to last season.

UMwon by the scores of 28-26, 25-14 and 26-24 to extend its season-long winningstreak to nine matches, and improve to 19-3 overall and 11-1 in the AtlanticCoast Conference. The Canes become the first team in the league to defeat all11 ACC opponents.

Sundararaman, the lone senior on the roster, became the fourth player in program history to surpass 2,000 career assists.

Down23-20 in the opener, Miami won the next three points to even the set. Followinga UM service error to make it 24-23 in favor of the visitors, Virginia Techcommitted a service error of its own to tie the score. The Hokies then had twomore chances, but Hollins knocked in kills each time to continue the frame. VTmade another service error and Mourning came through with a successful kill offan assist from Hollins to give the Canes the 1-0 advantage. The set featured 14ties and three lead changes.

“Weare a team that clearly doesn’t panic when down in a set,” head coach NicoleLantagne Welch said. “We are just going to embrace the situation that we are inand try to get the next point to the best of our ability. I felt like our teamhas been able to grind it out at the end of sets and that was the case tonight.”

Miamithen led the next set from start to finish to take a commanding 2-0 lead.

TheHokies fought back in the third with a chance to win at 24-23, but once againHollins put in a kill to extend into extra points. Following a VT attack error,Mourning ended the match with a kill right down the middle of the court.

Bothteams sported pink shirts during warm-ups in support of the Dig Pinkinitiative, with donations being accepted throughout the night to benefitbreast cancer research.

First-placeMiami will return to the Knight Sports Complex on Sunday to take on Virginia at1 p.m. The Canes defeated the Cavaliers, 3-0, earlier in the season inCharlottesville.