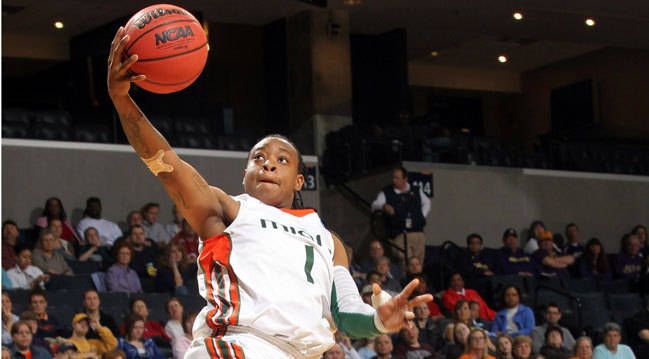 Williams, a second-round draft selection and two-time All-ACC first-team selection, played in 33 games, starting three, for the Tulsa Shock. She ranked third among rookies in both assists (2.1 apg) and steals (1.55 spg), and ranked fourth in scoring (10.5 ppg). Williams recorded a career-high 27 points on June 26 in a 91-75 win over the Los Angeles Sparks in only 26 minutes.

The voting panel consisted of the 12 WNBA head coaches, each of whom voted for five players regardless of position. Coaches were not permitted to vote for players on their own team.

While at UM, Williams earned All-America honors as a senior and ended her career with 2,148 points, the fifth-most in school history. The Pahokee, Fla., native was also named the ACC Player of the Week seven times and is the program leader in 3-point field goals with 272.