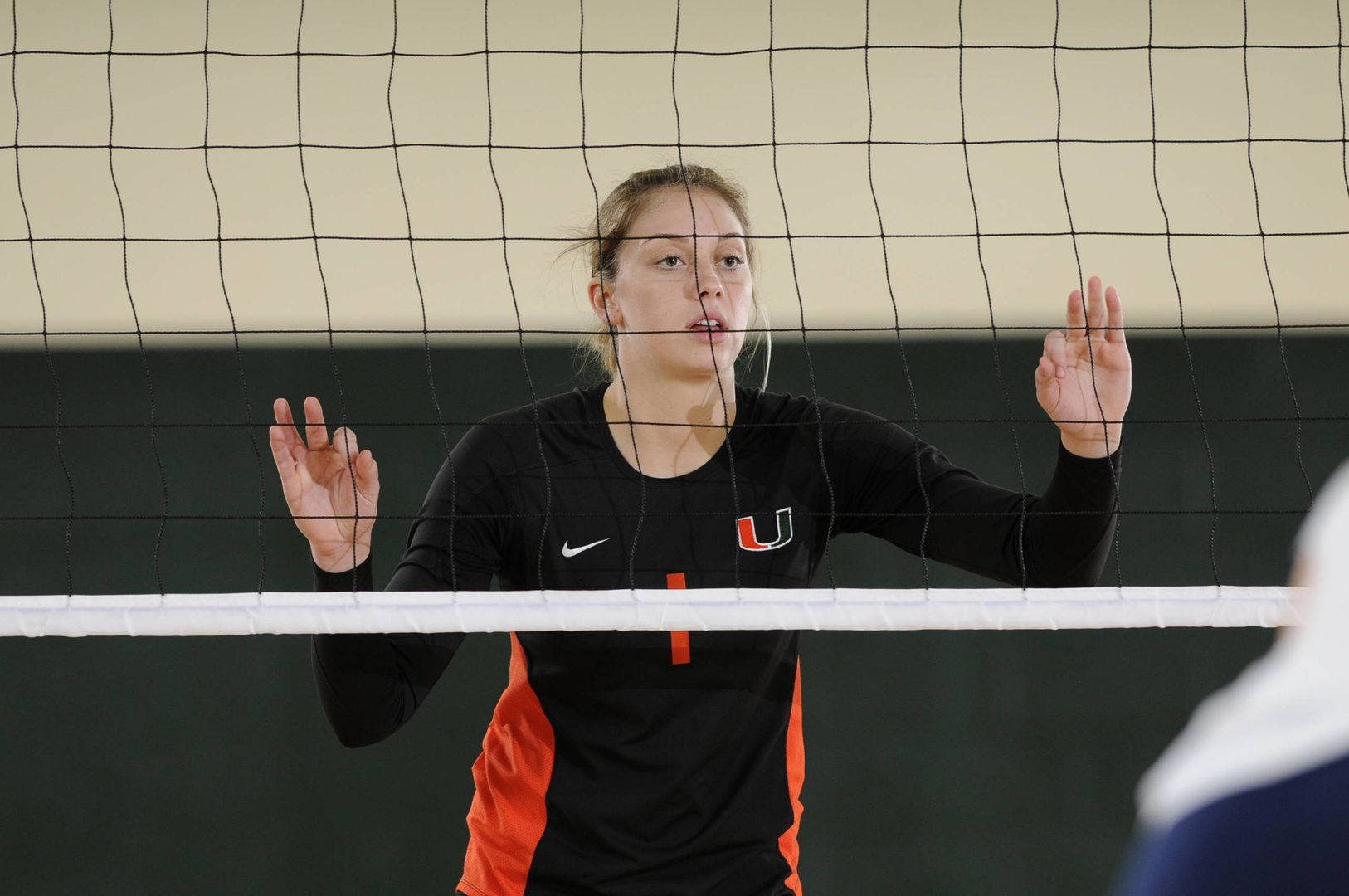 CORAL GABLES, Fla. – In its third match of the Hurricane Invitational, the University of Miami volleyball team breezed past Rutgers, 3-0, on Saturday at the Knight Sports Complex. Sophomore Alex Johnson and junior Taylor Hollins led the way with 25 combined kills. UM, who clinched the tournament championship, won by set scores of 25-15, 25-21 and 25-14. It was the first meeting between the programs since 2003. On defense, the Canes collected 60 digs, with junior libero Ryan Shaffer racking up a match-high 17. Senior setter Nrithya Sundararaman had 35 assists. In the first set, the teams split the first 12 points before UM took the next five and 10 of 12 to take control early on. The Hurricanes scored six service aces in the set, including three by Johnson. The Scarlet Knights cut an early five-point to 21-20 in the second set, but the Hurricanes rallied to win five of the next six to take a commanding 2-0 match advantage. From there, UM broke away to win the third and the match.
The Hurricanes are scheduled to close the tournament against Samford. The match will start approximately 30 minutes after the Ole Miss/Wofford contest.
The ticket office is pleased to offer season tickets for both volleyball and soccer for just $50. Season tickets to the home volleyball schedule at the Knight Complex can be purchased for $35, with single match tickets available for as low as $3. Call 1-800-GO-CANES to order your tickets today.
For all the latest information on the Miami Hurricanes, follow the official Twitter feed, @HurricaneSports, or “Like Us” on Facebook at facebook.com/MiamiHurricanes. Follow @CanesVB on Twitter for specific news on UM volleyball.