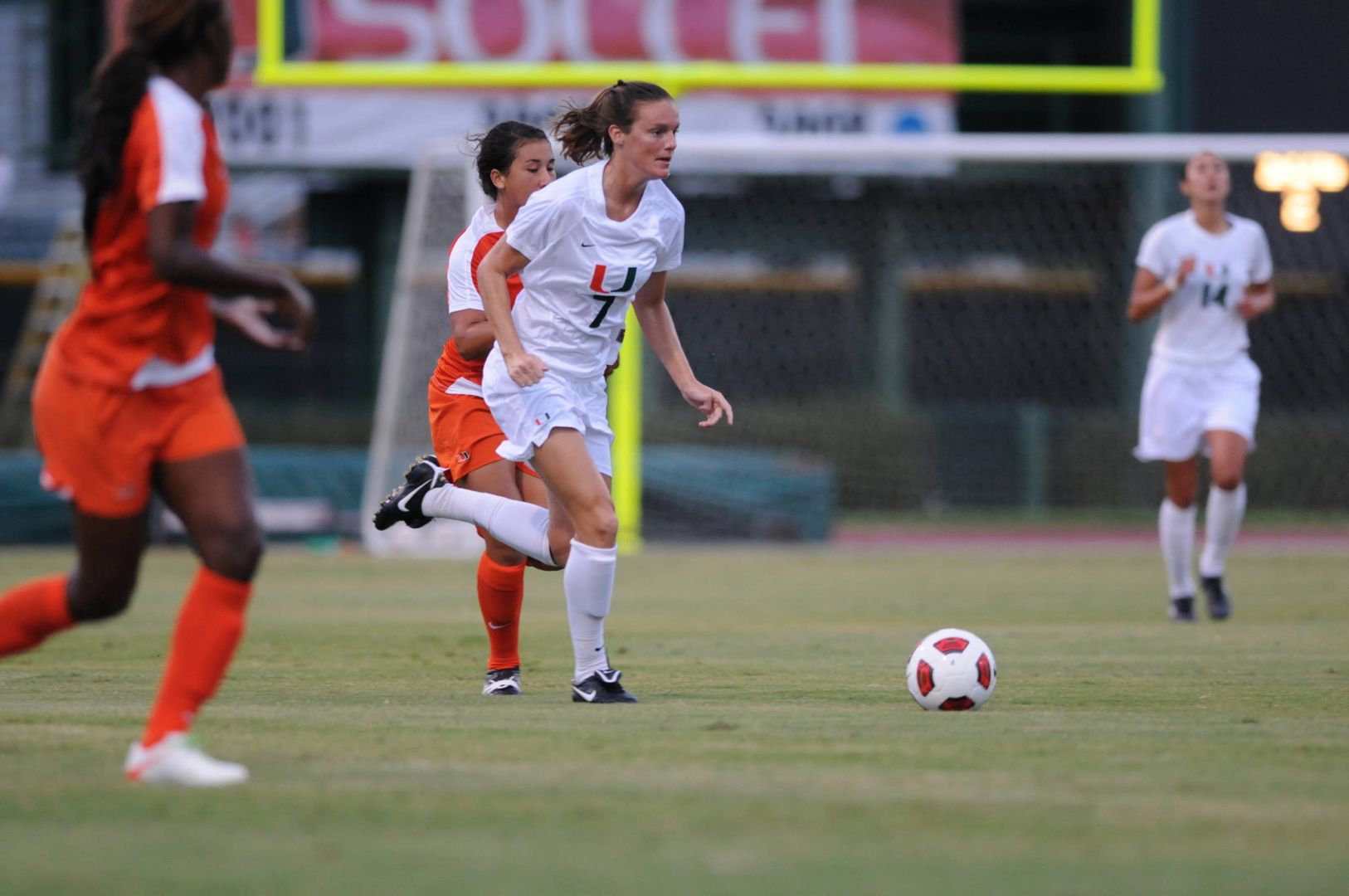 GREENSBORO, N.C. – The Atlantic Coast Conference released its 2011 All-ACC Academic Women’s Soccer Team on Monday, and a pair of Hurricanes made the grade.

Kate Howarth, who was named Second-Team All-ACC after a stellar junior campaign, garnered recognition for her performance off the pitch as well. The Grand Blanc, Mich. native, who netted a team-leading 11 goals and added seven assists, earned her first career selection to the All-ACC Academic Team.

Centerback Brooke Van Aman also earned her first All-Academic selection for her strong performance in the classroom. The Brandon, Fla. native, who started all 19 games of her senior season, majored in Psychology.

To be eligible for All-ACC Academic Team consideration, a student-athlete must have earned a 3.00 grade point average for the previous semester and maintained a 3.00 cumulative average during her academic career.

Both Howarth and Van Aman contributed to the Hurricanes’ recent selection as an NSCAA College Team Academic Award recipient under first-year head coach Tom Anagnost. Men’s and women’s teams qualify for the award, which is given to collegiate teams who boast a grade point average of 3.0 or higher. It was the eighth straight year of recognition for the Hurricanes, and ninth overall in the program’s history.