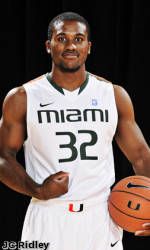 Getting to Know Erik Swoope

This west-coast native is already drawing rave reviews from his new teammates. Hailing from North Hollywood, Calif., he counts Ashton Kutcher as a former football coach, and although Erik Swoope may be built like a linebacker, this 6-6, 230-pound forward is focusing on hoops.

Referred to as the “most dominant boys’ basketball player” in the San Fernando Valley by the L.A. Daily News, Swoope (rhymes with rope) averaged 21.8 points, 8.9 rebounds, 1.6 assists and 1.5 blocks per game as a senior, converting 74 percent from the field and 71 percent from the foul line. The Mission League MVP had 16 games of 20-or-more points, including eight games with 30-plus points, and averaged 26.2 points per outing over his last six games.

Although fans have to wait a few days to see Swoope on the court, let’s see what this Harvard-Westlake High School grad — which also produced NBA players Jason Collins (Atlanta Hawks) and Jarron Collins (Phoenix Suns) — is thinking.

Getting to Know U — Erik Swoope

Favorite cartoon when I was growing up: Hey Arnold!

I’m a Hurricane because I came to be a part of the best university in the world and test every aspect of who I am.

My favorite thing about being part of the U family is… Dedication and sacrifice.

At the U, I’ve learned so much from Malcolm Grant.

One thing that everyone should know about Miami basketball is there is an equal amount of respect and support from everyone including players, coaches, managers, etc.

If I was playing 2-on-2, I would choose Malcolm Grant for my team.

If I could play any other sport at UM, it would be football.

The funniest nickname on the team is Blake Griffin and it belongs to Trey McKinney Jones.

The best player I’ve matched up against is LeBron James

My first memory of playing basketball is playing 1-on-1 against my older brother at my grandma’s house when I was 2 years old.

Other than basketball, I am talented at art and soccer.

The actor I would want to play me in a movie is Dave Chapelle.

If I were a superhero, my name would be Bliss and my superpowers would be flight and the ability to be invisible.

The song no one would believe I have on my iPod is In for the Kill by La Roux.

I hate to admit it, but I love yoga.

No one can believe I watch The Fairly Odd Parents.

If I could only eat one meal for the rest of my life, it would be my mom’s enchiladas and my dad’s brownie cookie.

The weirdest thing I’ve ever eaten is swordfish.

If I were an animal, I’d be a white tiger or a monkey.

The farthest place from home I’ve been is New York.

People might be surprised to know I have been doing yoga for a year and love meditation.

If I could spend a day with anyone, it would be Jimi Hendrix or Erykah Badu.

Most embarrassing moment: Being made fun of on stage by a stand up comedian because I look old.

The most influential person in my life is my brother.

My biggest pet peeve is immaturity.

My worst habit is Indecisiveness.

If you walked into my dorm room, the first thing you would notice is the monkey hanging from the ceiling.

If I won the lottery, the first thing I would buy is a house for my parents in Malibu.

When I played basketball as a kid, I pretended to be my brother.

When I was little, I wanted to be a soccer star like Cobi Jones.

Now my dream job is to be an NBA player.