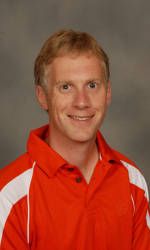 Rowers Enjoy Solid Day at Head of the Hooch

Chattanooga, Tenn. – UM rowing head coach Andrew Carter made his official Hurricanes debut on Saturday, Nov. 7 as the University of Miami rowing team took part in the annual Head of the Hooch Regatta on the Tennessee River in Chattanooga, Tenn.

The Head of the Hooch, one of the largest fall regattas in the nation, is a 5,000 meter (3.1 miles) head race on the Tennessee River ending at Ross’s Landing Park. All boats are started sequentially and will race against the clock.

The 2009-10 edition of the Hurricanes rowing team opened the season in the Women’s Championship 8+, taking home a ninth place time of 14:49.5 on the strength of the “A” boat. The boat was under the coxswain direction of returning letterwinner Christina Crocco, while Katalin Horvath served as the first rower for the Hurricanes.

Following that boat was the “B” boat for Miami, placing 11th as they crossed the finish line at 14:58.1. The “B” boat was coxed by fellow returning letterwinner Shira Kharrazi, as the first rower was Kate Rickers.

The Hurricanes combined between boats for quality victories over teams from Oklahoma, Tennessee, Eastern Michigan and Florida.

“I think the first day has been a good opening to the 2009-10 campaign,” expressed head coach Andrew Carter. “There are some very good teams here in Chattanooga, and we’ve been able to learn a great deal about our team in competition. We have been able to apply some of this information even between races on day one, and the response under regatta conditions was very positive.”

In Women’s Championship 4+ action, the Hurricanes “A” boat–under the direction of coxswain Kharrazi, pulled in a sixth place finishing time of 16:07.9. First rower for the `Canes was Frida Schneider. The “B” boat for UM crossed at 16:21.3, collecting a ninth place finish as coxswain Alexandra Groody called the race. First rower for the “B” boat of the `Canes was Monika Sajincic.

Together in the Women’s Championship 4+ event, both UM boats pulled together wins over crews from UCF, Tulane, Oklahoma and North Carolina.

“Day two of the regatta will certainly provide some more valuable racing experience for many of our younger rowers,” added Carter.”

Prior to Saturday’s opening-day action, UM had traveled to the Head of the Hooch, but is experienced with racing in Tennessee. Last year’s Atlantic Coast Conference (ACC) Championships were held in Tennessee, as well as the South/Central Regional Championships. Both events took place in Oak Ridge.

For more information on the Head of the Hooch Regatta, please visit the official website at www.headofthehooch.org. Once there, you will find official heat sheets, a schedule of the weekend’s events and results (following each race).

Racing action continues at the Head of the Hooch on Sunday, Nov. 8 beginning at 10 a.m.

For more information on the University of Miami Rowing team, please log on to www.hurricanesports.com. Once there, you will find up-to-date news, results and information regarding the Hurricanes Rowing program.

Miami Lineups – Head of the Hooch