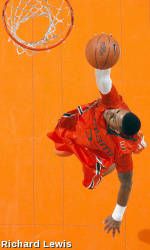 Hurricanes Get Rematch versus Hokies in ACC Tournament

Winners of three of their last four games, the Hurricanes (18-11, 7-9 ACC) have advanced past the opening round of the ACC Tournament in three-straight seasons – including an upset of fifth-seeded Maryland in 2007.

Miami leads the all-time series versus Virginia Tech 8-7, however the Hokies have won two straight over the Hurricanes – including an 88-83 overtime decision in Coral Gables on Jan. 25.

Every game of the tournament will be televised, with Raycom broadcasting Miami’s opening-round game.

Three teams – Miami, Maryland and Virginia Tech – finished 7-9 in ACC play this season, with Maryland earning the No. 7 seed, Virginia Tech the 8-seed and Miami the 9-seed due to tiebreaker procedures related to head-to-head results and team results versus the highest-seeded teams.

Jack McClinton continues to lead the Hurricanes with 19.7 points per game – including an ACC-high 3.1 three-pointers per game at an ACC-best .464 clip. He has scored in double-figures in 25-straight games and has hit a trey in an ACC-long 32-straight games – tying the Miami record. With a program-best 16-for-16 effort from the charity stripe in Saturday’s win over NC State, McClinton vaulted into the ACC’s top spot with an .885 free throw percentage this season. He is the ACC’s all-time career leader in three-point field goal percentage (.443) and is second in career free throw percentage (.900).

A.D. Vassallo and Malcolm Delaney lead the Hokies – each averaging better than 18.0 points per game.

The winner of the Miami-Virginia Tech game advances to the ACC quarterfinals to face top-seeded North Carolina (27-3, 13-3) on Friday at noon. The Tar Heels, along with the other top-four seeded teams, receive a first-round bye.