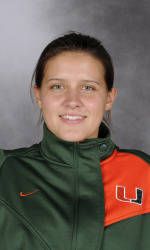 CORAL GABLES – The University of Miami women’s soccer team will have to wait to start their 2008 campaign as Tropical Storm Fay has postponed Friday’s season opener at Stetson in Deland, Fla. The match will most likely be rescheduled for the evening of Saturday, August 23.

The Hurricanes are arguably coming off their best season in school history (9-7-5) as they advanced to the NCAA Tournament for only the second time. Head Coach Tricia Taliaferro earned the ACC Coach of the Year honors joining Brittney Steinbruch in ACC accolades, as the newcomer won Freshman of the Year honors.

Miami will play their home opener Friday, August 29 against cross-town rival Florida International. Tickets are $3 for children and $5 for adults.