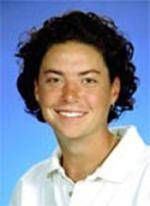 Taliaferro comes to Miami after serving three seasons as head coach of the Fighting Illini from 1999-2001. She becomes Miami’s second-ever women’s soccer coach replacing Jim Blankenship, who guided the program in its first four seasons since 1998.

“The University of Miami is extremely pleased to have attracted Coach Tricia Taliaferro to take over our women’s soccer program,” said Dee. “She helped build a fine program at the University of Illinois and we are looking forward to her continuing her success with the Hurricanes.”

Taliaferro was part of Illinois soccer since its inception, first serving as an assistant for the team’s first two seasons before being named the head coach on July 8, 1999. During her tenure as head coach, she guided the Illini to its best seasons in the program history.

Taliaferro had compiled a 38-24-3 record in her three seasons at UI. Under her guidance, the Illini played in their second consecutive NCAA Tournament in 2001 and as well as finishing third in the Big Ten and taking runner-up honors at the Big Ten Tournament. Taliaferro coached six Big Ten All-Conference athletes and had six players named to the Big Ten All-Tournament team. She has also coached two U-21 pool players.

Under Taliaferro, Illinois reached its highest ranking ever — No. 15 in the nation, reached the Big Ten Tournament semifinals, posted seven shutouts (four in a row) in 1999, and won its first ever NCAA Tournament contest in 2000. Along with finishing third in Big Ten regular season action, the Illini upset Michigan to earn a berth in the Big Ten tournament title match, which aired on Fox Sports Chicago.

Taliaferro’s teams are noted for their aggressive, attacking style offense. Her teams are usually quick and well disciplined. In 2001, the Illini finished second in the Big Ten in shots, goals scored and goals per game average.

A United States Soccer Federation ‘B’ Licensed Coach, who also holds a National Youth License, Taliaferro went to Illinois from the Soccer Academy, Inc. in Manassas, Va., where she served as a senior instructor under former National Team assistant coach John Ellis. During her time at the academy, Taliaferro traveled throughout the United States teaching technical and tactical methods to players at clinics in preparation for the Olympic Development Programs (ODP).

Additional responsibilities at the academy included coaching at residential and day camps for youth and adult teaching sessions. She also assisted youth head coaches, holding sessions on how to run efficient practices. At Maryland, Taliaferro was a four-year starter from 1992-95. During her senior year, she led the Terps to the program’s most successful season in school history and the team’s first-ever trip to the NCAA Tournament in 1995. The Terps finished second in the ACC Tournament in 1995 to No. 1 ranked and eventual NCAA champion North Carolina, falling, 3-0. Maryland, ranked No. 9 at the time, received an at-large bid to the NCAA Tournament and advanced to the NCAA Regional finals before losing to No. 2 ranked and national runner-up Portland.

Maryland finished the 1995 season with an 18-6 overall record and was ranked No. 6 in the final ISAA poll. While at Maryland, Taliaferro played for April Heinrichs, who is currently serving as the head coach of the U.S. women’s National Team.

Additional team accomplishments included the Terps opening the 1995 season with a school-record eight consecutive victories and recording a program-best four ACC victories. The team’s back-to-back victories over No. 15 Clemson and No. 9 North Carolina State in the ACC Tournament marked the first time in the 10-year history of the program that Maryland defeated ranked teams in consecutive games. Against North Carolina State in the ACC Tournament semifinals, Taliaferro scored the game’s only goal to boost the Terps to the finals.

One of the top attacking defenders in the ACC, Taliaferro earned Maryland’s Most Valuable Player award in 1994 after leading the Terps in scoring and totaling a career-best 14 points. She also was named the MVP of the 1994 George Mason/Lanzera Invitational Tournament. Taliaferro was a member of the Soccer Academy United squad, which won the 1996 women’s open national championship. She also played for the Baltimore Bays in the United States Women’s Independent Soccer League from 1993-94.

A native of Dallas, Texas, Taliaferro helped lead the Dallas Sting Soccer Club to the 1990 and 1991 Dallas Cup Championships. Her team also won the state championship and finished second at Regionals in 1989. Taliaferro earned a bachelor’s degree in criminal justice from Maryland in 1995.

PersonalBorn: February 7, 1973College Education: Graduated from the University of Maryland inDecember 1995 with a bachelor’s degree in criminal justice.Misc.: Father, Mike Taliaferro, was the quarterback on the 1964Rose Bowl Champion Illinois squad that defeated Washington 17-7.