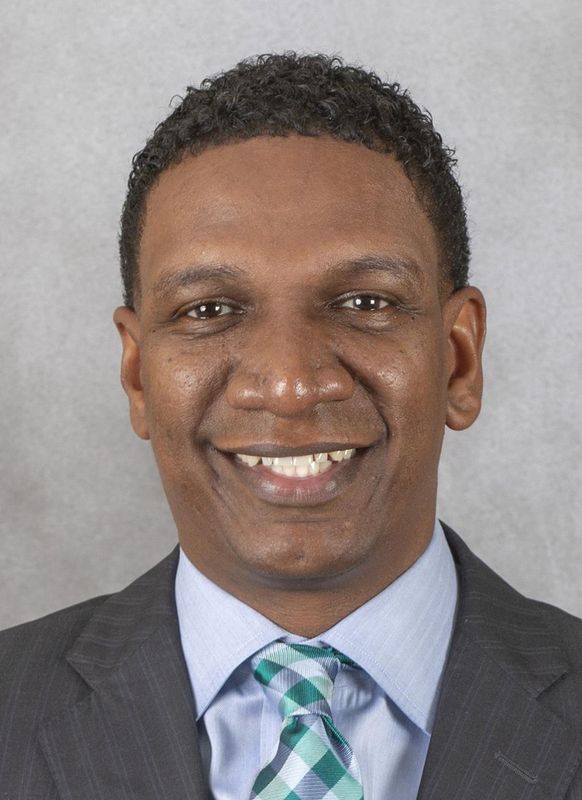 Pooh Williamson is serving in his first season as an assistant coach at the University of Miami.

Prior to his time at Memphis, he coached for eight years in the state of Texas with stops at Texas A&M, SMU, TCU and Texas Tech. He also has coached at Washington State, Illinois State, Tulane, Tulsa and Wichita State.

Williamson coached at Texas Tech for three seasons from 2013-16 and helped lead the Red Raiders to the NCAA Tournament in 2016. Prior to that, he spent one season at SMU and one year at TCU in the Horned Frogs’ first season in the Big 12 Conference.

The Beggs, Okla., native coached for four seasons at Texas A&M from 2007-11, with the Aggies earning four straight berths in the NCAA Tournament. Working under head coach Mark Turgeon, he helped the Texas A&M program compile a 97-40 overall record and at least 24 wins each season.

While at Texas A&M, Williamson coached future NBA players DeAndre Jordan, Khris Middleton and Donald Sloan. He followed Turgeon to College Station from Wichita State, where he helped the Shockers win the 2006 Missouri Valley Conference championship and advance to the NCAA Sweet 16, where WSU was eliminated by George Mason, which was coached at the time by Larrañaga.

Prior to his time with the Shockers, Williams was an assistant coach at Tulsa for four years, serving as interim head coach midway through the 2004-05 season. Tulsa won the 2002 Western Athletic Conference regular-season title and 2003 WAC Tournament and twice advanced to the second round of the NCAA Tournament.

Williamson earned his start in collegiate coaching with two seasons at Washington State from 1996-98.

A four-year letterwinner at Tulsa, Williamson played in 118 career games and was a key factor in the Golden Hurricanes’ back-to-back NCAA Sweet 16 runs in 1994 and 1995. A point guard, he averaged 14.0 points per game in six career NCAA Tournament games, which ranks third in program history.

Williamson started 63 games over his final two seasons in claiming All-MVC First-Team and All-MVC Defensive-Team accolades. He averaged 12.8 points per game as a senior and completed his career ranked No. 7 on the school’s career assists chart and No. 10 on the career steals list.

Williamson earned his bachelor’s degree in business management in 1995 from Tulsa. He and his wife, Rosemary, have two sons, Jamal and Joshua.