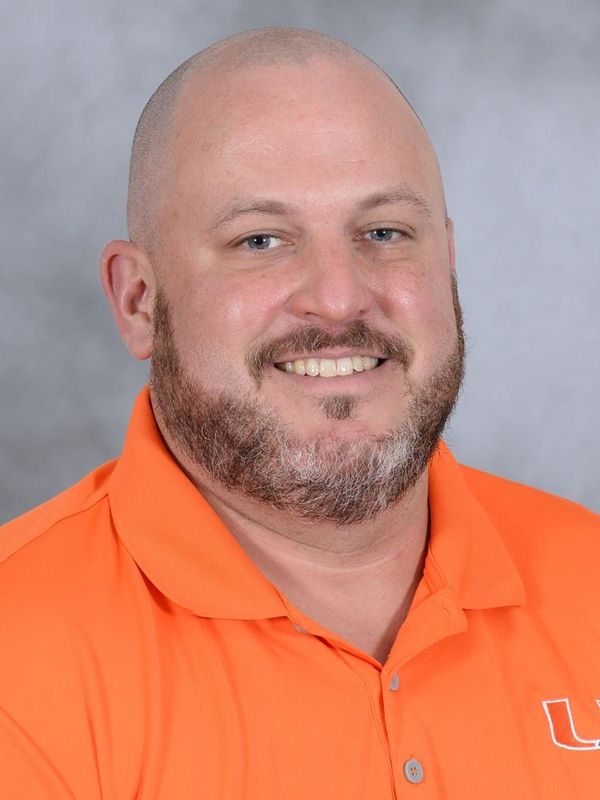 David Case is in his first year as Associate AD / Internal Operations and his seventh year at University of Miami. Before being promoted to his current role, Case spent three years as Assistant AD / Equipment Operations for the Hurricanes.

In June 2014, he was voted AEMA District 3 Equipment Manager of the Year.

Prior to his appointment in Coral Gables, Case was the Director of Equipment Operations at Florida Atlantic University from March 2011-December 2012. At FAU, Case oversaw and maintained equipment, apparel and field preparations for all 19 Division I varsity sports.

Prior to Florida Atlantic, he was the Assistant Equipment Manager for nearly four years (June 2007-March 2011) at Baylor University. While at Baylor, he supervised the student managers, prepared all fields for practice and games, assisted in all football camps and coordinated visiting locker room operations for all opponents.

He and his wife, Erin, have two daughters, Hayley and Delaney.