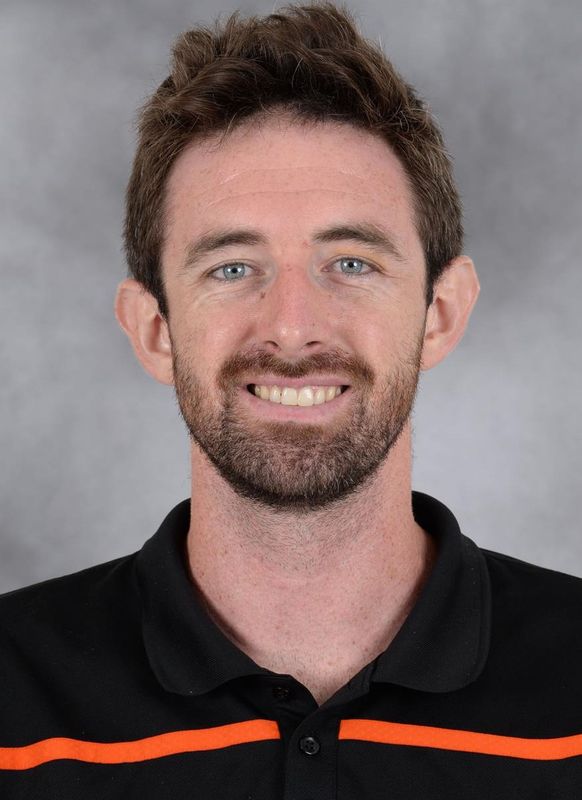 Kasey Crider accepted a position as assistant coach on the Miami volleyball coaching staff in March 2015.

In Crider’s seventh season at the on staff in 2021, Miami returned to the postseason for the first time since 2017 and fifth time under his direction. The Canes advance to the second round of the tournament in the Gainesville Region, ultimately falling to site host Florida. UM finished the season 25-5 overall, with 15 wins coming by way of sweep, and 15-3 in conference play on its way to a second-place finish in the ACC, all program bests in his tenure and the most wins in a season since 2012 when the team posted 26. The Hurricanes finished the year ranked 14th in the RPI and 25th in the AVCA Division I Coaches Poll.

Crider helped lead Miami as one of the top blocking teams in the nation. The hurricanes ranked 16th in the country with 2.65 blocks per set and 32nd with 284 total blocks. Behind his leadership, the Miami was among the top in the ACC in several categories at the end of the regular season. The Canes were sixth in hitting percentage (.244), second in opponent hitting percentage (.188), fifth in assists per set (12.51), third in total blocks (271) and blocks per set (2.63), second in digs per set (15.23) and fifth in total digs (1569).

In his first season at Miami, Crider helped the Hurricanes reach the NCAA Tournament for the seventh consecutive season. The Canes, who finished 21-10 and 14-6 in the ACC, faced Iowa State in a first round match in Madison, Wis. Miami reached 20 wins for the second straight season and the Hurricanes had seniors Alexis Mourning and Taylor Scott, as well as sophomores Olga Strantzali and Haley Templeton, named to the 2015 All-ACC Second Team with Strantzali and Templeton also earning AVCA All-East Coast Region Honorable Mention.

Following the 2015 season, Crider was honored as an AVCA Thirty Under 30 Award recipient. The award was created in 2009 to honor up-and-coming coaching talent at all levels of the sport.

“Kasey is a young coach with a great desire to learn, improve and become a great coach,” Gandara said. “He has been involved in really good programs, as a player at Pepperdine and then working with the Pepperdine men and Stanford women. He understands the setter position from a technical standpoint; not just in the way he played it, but also as a teacher.”

Crider comes to Miami after spending two seasons as a volunteer assistant with the Stanford women’s volleyball program. In 2014, Crider helped the Cardinal win the Pac-12 Championships and earn the No. 1 overall seed in the 2014 NCAA Tournament. Stanford went 33-2 that season, reaching the semifinals of the 2014 NCAA Tournament before falling to eventual national champion Penn State.

“First, I think it’s important to acknowledge where I came from,” Crider said. “Many thanks to John Dunning and the Stanford women’s volleyball program. I’ll always cherish my time there; it’s a wonderful place. But I am equally as appreciative and excited for my opportunity here at ‘The U.’ Keno, Sanja and the rest of the community couldn’t have been more welcoming. It feels like something special is happening here and I’m fired up to be a part of it. There is work to be done and I am looking forward to doing it the best I can.”

Prior to his time at Stanford, Crider spent the 2012-13 season as a volunteer assistant coach for the men’s volleyball team at Pepperdine. Crider played for the Waves from 2008-11 and was a two-time All-American, ending his career ranked second in program history in assists (3,989).

“His background as a setter compliments us really well,” Gandara said. “He was a good player at a good program. He played at a high level, both in college and professionally. He understands the position. He will get familiar with our system and combine his knowledge with my philosophy and really be able to help our setters. He will be kind of like an offensive coordinator, working with the setters and helping me run the offense and keeping track of our offensive output.”

Following his collegiate career, Crider played professionally overseas during the 2011-12 season for Boldklubben Marienlyst, located in Denmark. There he led the squad to first-place finishes in both the Nordic Cup and Danish Pokal Cup Championships. He was named the Danish Super League Player of the Year, while also earning the Best Setter Award and was picked as MVP of the Danish Pokal Cup Championship.

“Kasey and I will work closely on offense. Our offense is a big part of our identity, so we will have two coaches on offense.”

In addition to being an asset coaching the current crop of Hurricanes, Gandara believes Crider will be an asset in recruiting.

“We will definitely take advantage of his knowledge and ability to evaluate talent,” Gandara said. “Once he understands the way we want to play, he will be able to find the players we want to bring into our program.”

A native of Granite Bay, Calif., Crider graduated from Pepperdine with a degree in journalism in 2011.

“He came very highly recommended by everyone he worked for,” Gandara said. “He has strong character and is confident, but also has a desire to learn. He is also very familiar with a lot of the technology that is popular in coaching and teaching volleyball and that is an asset to us. I think his personality really fits in well with our staff and our program and we are very excited to have him here.”