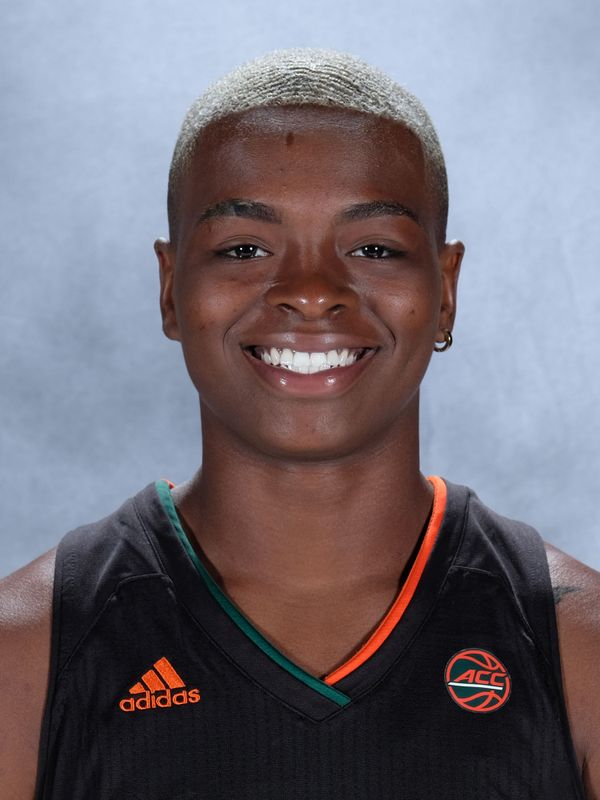 As a Redshirt Junior (2019-20): Played 12 games for the Canes, averaging 9.1 minutes per contest…Tallied a bucket in five of her 12 games played…Saw a career-high 20 minutes of court time against No. 7 Louisville (1/9)…Totaled a season-high nine points and five rebounds against Louisville…Finished the season shooting 33 percent from the field.

As a Redshirt Sophomore (2018-19): Transferred from Mississippi State University after fall semester … Sat out season due to NCAA transfer rules.

As a Sophomore at Mississippi State (2017-18): Redshirted due to injury suffered in preseason practice … Bulldogs reached the NCAA title game for the second year in a row.

As a Freshman at Mississippi State (2016-17): Played in 20 games and helped the Bulldogs reach the NCAA finals …  Averaged 2.7 points in 5.6 minutes per game, shooting 47.8 percent from the field … Scored in double figures twice … Opened her collegiate career with 10 points and a season-high six rebounds against Villanova (11/11), connecting on both her free throws … Scored a season-best 14 points on 7-of-9 shooting, adding two assists in a season-high 15 minutes, versus San Jose State (11/26) … Tallied four points and two rebounds at Southern Miss (12/9) … Notched five points, three rebounds, a season-best three steals and one assist against Northwestern State (12/28), finishing 3-of-4 at the line … Scored one point versus LSU (1/1) in her first SEC action … Posted two points in the NCAA Tournament opener against Troy (3/17) … Appeared in the national championship game versus South Carolina (4/2), logging one point.

High School: Graduated from Dillard High School … Ranked by ProspectsNation.com as a four-star recruit, as well as the No. 43 overall player in the class, including the ninth-best guard and fourth-best Floridian … Tabbed by espnW HoopGurlz as a three-star prospect … McDonald’s All-American Game nominee … Finished as a Florida Dairy Farmers 6A Player of the Year finalist as a senior … Averaged 15.1 points, 12.4 rebounds and 3.2 assists as a junior … Aided her team to a 31-2 record, a 5A state title and an appearance in the Dick’s Sporting Goods High School Nationals title game at Madison Square Garden … Earned both Florida Dairy Farmers 5A Player of the Year and Sun Sentinel 5A-2A Broward County Player of the Year … Garnered BCAA Big 8 Tournament MVP FABC/SourceHoops 5A First Team All-State honors.

Personal: Nickname is Iggy … Born May 31, 1998 … Mother is Susan Anthony … Has a sister, Alicia Mardis, who plays basketball at Arkansas Tech.