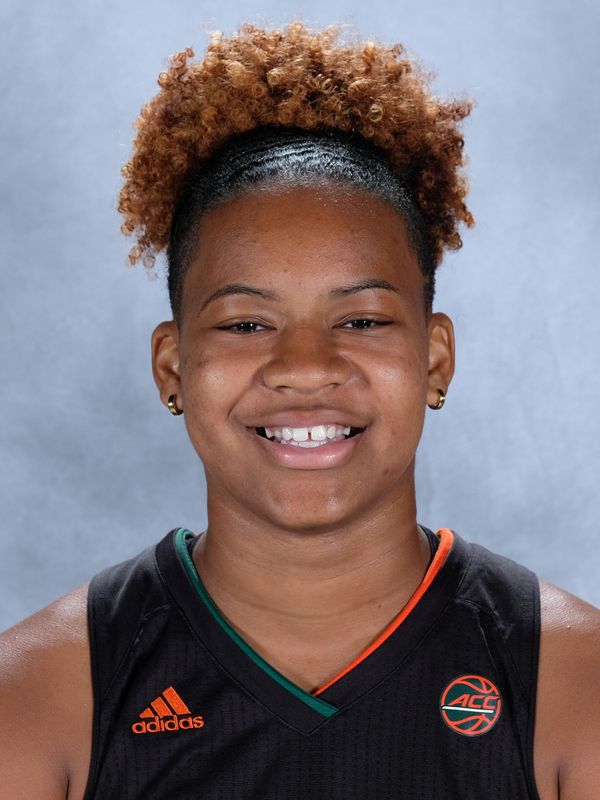 As a Junior (2019-20): Started all 30 games for the Canes as a junior…Led the team in minutes, averaging 29.5 minutes per game…Doubled her scoring from a season ago, averaging 7.1 points per game in 2019-20, good for fourth on the team…Led all guards in rebounding at 3.8 boards per contest…Paced the team in total assists (97) and assists per game (3.2)…Ranked 13th in the ACC in assists (3.2) and 12th in assist/turnover ratio (1.35)…One of four Canes to record a 20-point outing this season, pouring in a career-high 23 points against IUPUI (11/17)…Set a new career high in field goals made, going 9-of-13 against IUPUI…Totaled eight double-digit games this season…Recorded a bucket in 14 straight games to start the season…The only Cane to tally five or more assists in more than five games this season (seven)…Hit the game-tying jumper in regulation in Miami’s OT win over Georgia Tech (1/30), while playing a career-high 42 minutes for the Canes.