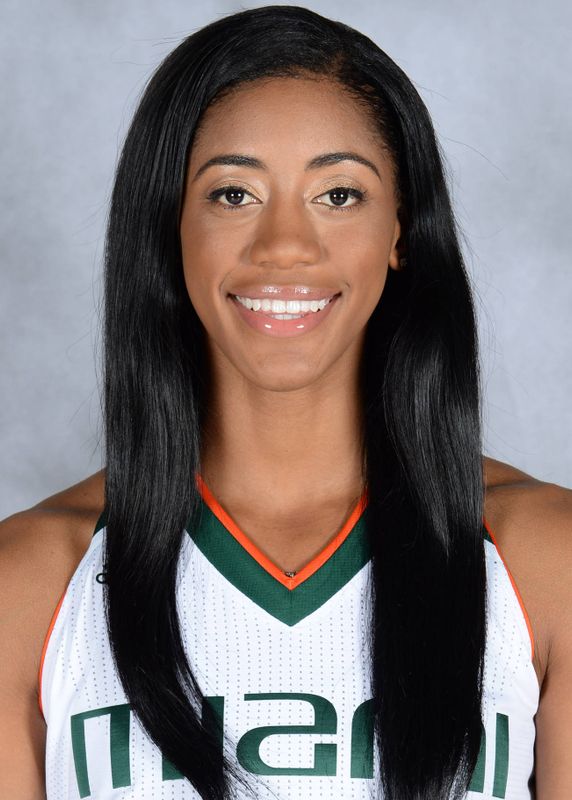 High School: Graduated from Riverdale Baptist School … Averaged 12 points, 12 rebounds and 2.5 blocks as a senior, and her team was ranked No. 10 by ESPN … Won the Dick’s Sporting Goods High School National Tournament at Madison Square Garden as a senior and the National Association of Christian Athletes championship … McDonald’s All-American Game nominee and MVP of the 2014 Roundball Classic … Selected to the All-Gazette Second Team as a senior … As a junior at North Point High School, helped the team to a 4A state title and the first undefeated season in school history at 27-0, finishing No. 25 in the ESPN rankings … Started every game of her high school basketball career … Received two varsity letters in cross country and two in track and field … Won the Minds in Motion Scholar Award and the Scholar Athlete Award at North Point … Riverdale Baptist Distinguished Honor Roll as a senior, North Point Highest Honors and Honor Roll the prior three years … Member of the National Honor Society … WNBA veteran Tianna Hawkins also attended Riverdale Baptist.

Personal: Full name is Khaila Alese Prather … Name is pronounced KAY-Luh PRAY-Thur … Nicknames are “KP” and “KK” … Born June 21, 1996 … Parents are Craig and Susan Prather … Father is a captain in the U.S. Navy and played basketball at the U.S. Naval Academy, where he was a teammate of eventual NBA Hall of Famer David Robinson on the 1986-87 team that went 30-5 … Has an older brother, Craig, Jr. … Majoring in public health … Career goal is to be a pediatrician … Enjoys writing poetry and reading … Athletic role models are Elena Delle Donne and Candace Parker.