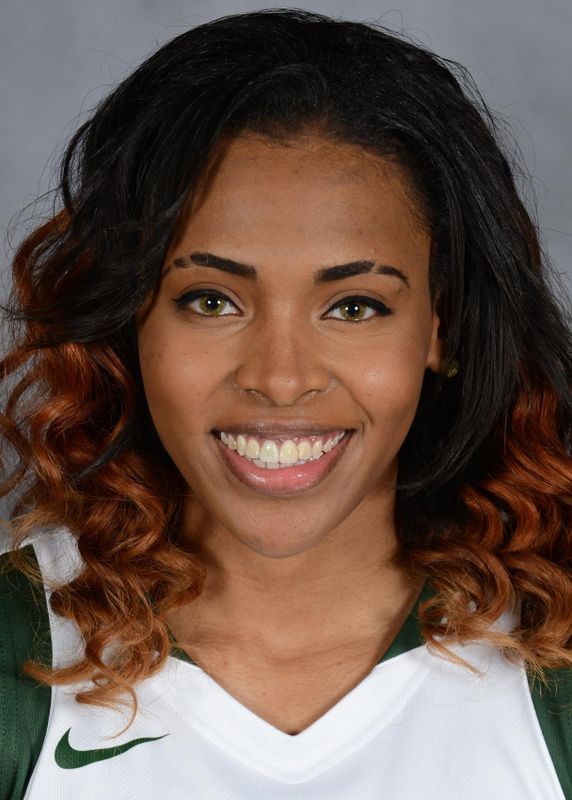 2014-15 (Senior): Played in all 33 games with 26 starts and posted double digits in the points column 11 times … Ranked second on Miami in rebounds per game (4.3) third in total free throws made (61) and attempted (105) … Finished her Hurricane career tied for third in games played (127) and 11th in blocked shots (76) … Recorded the second double-double of her career with 12 points a game-high 10 rebounds in the season-opening win over Oakland (11/14), also tying for a game-high three steals … Led the team in assists (three), tied for the team lead in rebounds (six) and tied for a game-high in blocks (two) at Middle Tennessee (11/17) … Had 10 points and five rebounds in the Miami Thanksgiving Tournament championship game win against Tulsa (11/29) … Scored 19 points and matched a career high with a game-high five steals in Miami’s ACC/Big Ten Challenge victory over Wisconsin (12/4) … Had 10 points, five rebounds and tied a game high with three steals against Coppin State (12/13), while also matching a career best with eight made free throws … Scored 13 points in the win over UCLA (12/18) and also attempted 10 free throws for the second straight game, making seven … Had a team-high five assists at Tulane (12/19), setting a new season best, and also pulled down eight rebounds … Scored 10 points and had three assists in the Miami Holiday Tournament championship game victory over LSU (12/29) … Posted 10 points and seven rebounds against Boston College (1/4) … Scored 11 points and tied for the team lead with eight rebounds in the win over fourth-ranked Notre Dame (1/8) … Recorded eight points, six rebounds and a game-high five assists to equal her season best in Miami’s victory against Clemson (1/15) … Posted 11 points and seven rebounds against Virginia (1/21) … Had eight rebounds at fourth-ranked Louisville (1/25) to tie for the game lead … Scored 10 points, tied a career high with eight made free throws and grabbed a game-high nine rebounds at Pittsburgh (2/1) … Scored a team-high 17 points on 7-of-11 shooting from the field in Miami’s win at No. 23/22 Syracuse (2/12) … Grabbed seven rebounds at NC State (2/19) and tied for the game high with five assists, matching her season best … Recorded nine points and six rebounds in the ACC Tournament win over Virginia (3/5).