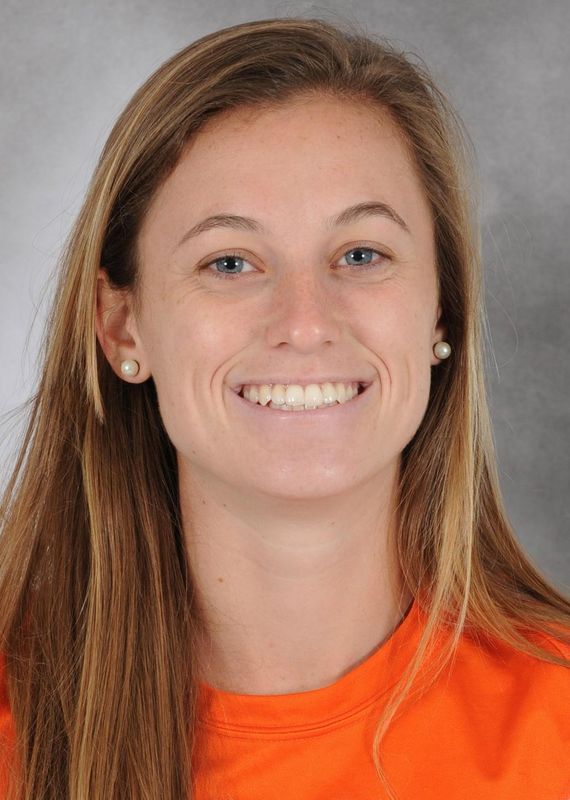 2013 (Senior): Started all 18 games in midfield, serving as one of team’s most reliable attackers and defenders … Ranked first on team in assists (four), tied for third in goals (two) and points (eight) … Delivered 90-minute performances in 17 of 18 games, including 14 straight to end season … Scored first goal at Milwaukee (Sept. 1) … Credited with assist in win over Cleveland State (Sept. 6) … Notched assists in back-to-back games against Notre Dame (Oct. 6) and Pitt (Oct. 10) … Scored final goal of season on free kick against Boston College (Oct. 20) … Tallied assist in final game of career against Clemson (Oct. 31) … Totaled 1,626 minutes … Earned letter.

2012 (Junior): Played in all 20 games, including 18 starts … Tied for fourth on team with 6 points, including 2 goals … Registered assist in 4-0 win over Morehead State (Aug. 24) … Scored first goal of  season in 2-0 win at Clemson (Oct. 7) … Delivered “Man of the Match”-level performance in 1-0 win over No. 1 Florida State (Oct. 25), clinching ACC Championship berth … Assisted on Ashley Flinn’s game-winning goal against Seminoles … Scored team’s lone goal on penalty kick in ACC tournament opener against Maryland (Oct. 28).

Club: Has played for Kazbek Tambi with the Arsenal World Class since 2005… Has led the team in scoring every season since 2007…Led the squad to2008 and 2009 state runner-up and the 2008 Jefferson Cup and 2010 Orange Classic Championships.

High School: A four-time letterwinner in soccer and a three-time letterwinner in basketball at Immaculate Heart Academy… Led team to non-public Group A state championships in 2009 and 2010 and a four year record of 92-6… Was named first team all-county all four years and first team all-state her final two… Scored 79 goals and had 47 assists for 205 points in her career.