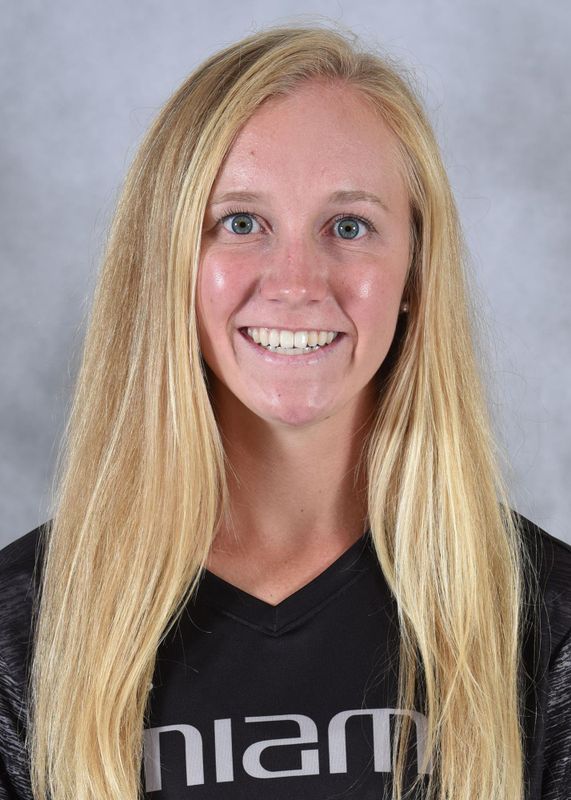 2016 (Sophomore): Played in 15 matches, including nine of 11 against ACC opponents and each of the final six … Recorded two assists, four shot attempts and four shots on goal … Earned 361 minutes of playing time … On the field for over 25 minutes nine times … Four outings of greater than 30 minutes came in the season’s last four matches … Logged one shot on goal at North Florida (8/19) in the first match of the season … Notched her first point of the season with an assist against Jacksonville (8/28) … Recorded an assist versus Louisville (10/20) … Tallied two shot attempts in a career-high 57 minutes of action in the win over No. 25 Virginia Tech (10/23) … Logged one shot on goal in the ACC Championship quarterfinals at No. 14 Clemson (10/30).

2015 (Freshman): Played in 15 matches, recording one goal, two assists and four points … Tallied 11 shot attempts, including five on goal … Logged 388 minutes of playing time … Played over 25 minutes nine times … Made her college debut with 34 minutes of action against No. 14/10 Florida (8/27) and scored a goal on her first career shot to tie the match in the 62nd minute … Tied for the match lead with two shots on goal in the victory at FGCU (9/11) … Recorded her first-career assist in Miami’s win over North Florida (9/13) and played a season-high 48 minutes … Assisted on the double overtime golden goal in Miami’s victory against No. 14/4 Notre Dame (10/2).

High School: Played one year of soccer as a senior at ThunderRidge High School in 2014 … Helped the team to a 17-2-0 record, including a second place finish in the Continental League at 9-1-0 and a state semifinals appearance … Played in all 19 games and finished with five goals, five assists and 32 shots … Selected as a Denver Post 5A All-State Honorable Mention … Named a CHSAA Academic All-State honoree and a CHSAA Second-Team All-Conference pick … Ranked as a four-star recruit by Top Drawer Soccer … Class valedictorian and a member of the National Honor Society  … Named to the Principal’s Honor Roll all four years and earned two letters in community service … Notable ThunderRidge alumni in athletics include former Gonzaga men’s basketball standout Matt Bouldin, former NFL player Jesse Nading, professional golfer Derek Tolan and former Duke women’s basketball star Abby Waner.

Personal: Full name is Jamie Renee Brunworth … Born Sept. 14, 1997 … Parents are Greg and Gretchen Brunworth … Father is a software engineer and mother is a physician … Has an older sister, Kaitlyn … Majoring in biology … Favorite athlete is Peyton Manning because of his class on and off the field … Best sports memory is winning the U-15 ECNL national championship in 2012 … Enjoys hiking, biking and rafting … Chose Miami in part to develop as a player and a person while being challenged athletically and academically … Committed to Miami over Boise State, Jacksonville, TCU and Utah.