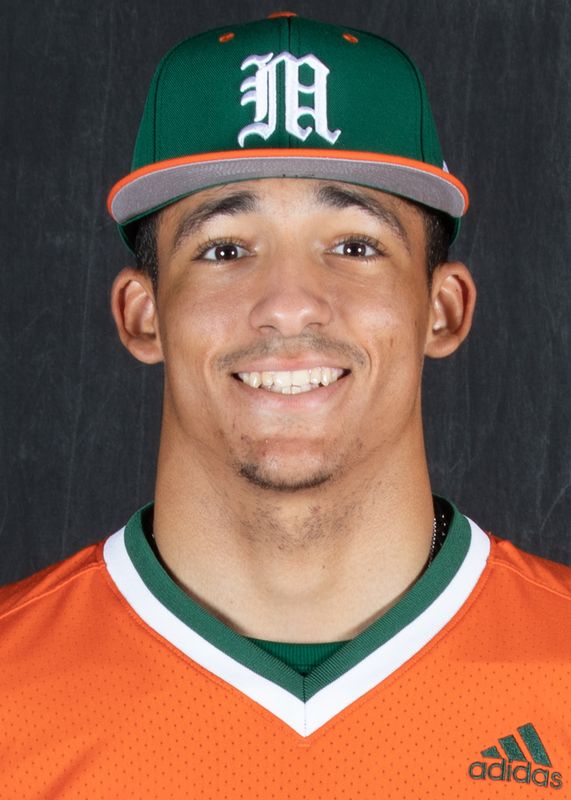 True Freshman (2021): Made 15 appearances, including 11 starts, as a right-handed pitcher for the Hurricanes…Became first true freshman to start a game on the mound on opening weekend since Bryan Radziewski in 2011…Went6-4 with a 5.21 ERA over 65.2 innings pitched…Six wins tied for most on team…Struck out 55 batters while walking 28 and helping opponents to a .283 average…Allowed just two earned runs over 4.0 innings in Miami debut at preseason No. 1 Florida (Feb .20)…Struck out seven over seven shutout innings vs. Virginia Tech (Feb. 27) to earn first collegiate win…Struck out five in five innings at NC State (Mar. 6)…Shutout Wake Forest for 7.0 innings, allowing just one hit and striking out seven to earn second win (Mar. 12)…Held Virginia to two runs over 6.0 innings to pick up third win (Mar. 26)…Struck out a season-high nine batters over six innings in win over Clemson (Apr. 16)…Earned a win after striking out three over 2.1 innings of scoreless relief vs. App State (May 7)…Struck out four while holding Louisville to one run over 4.2 innings (May 20)…Fanned two batters over two scoreless innings of relief vs. Florida State in ACC tournament (May 28)…Had five strikeouts over 6.1 shutout innings in NCAA tournament debut vs. South Alabama (June 4), earning sixth win and a spot on the Gainesville All-Regional team.