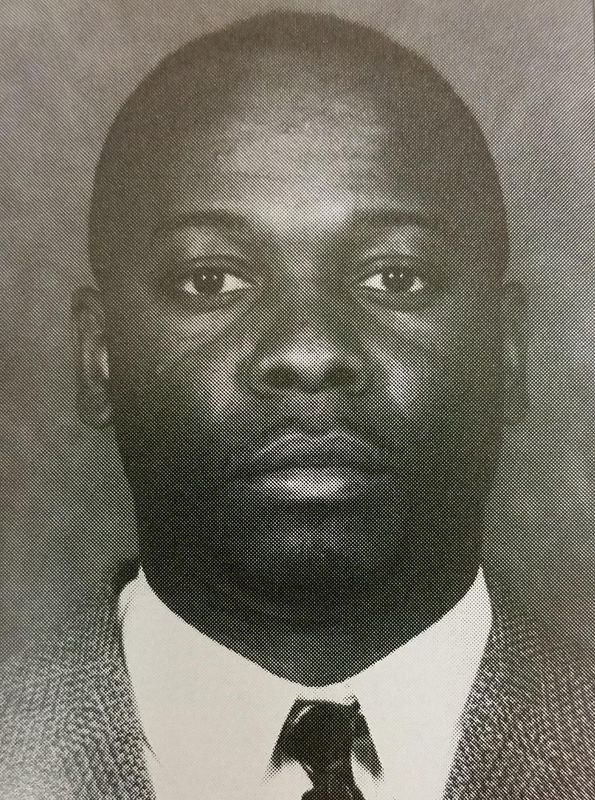 Senior who returns to UM after being granted an extra year of eligibility by the NCAA … Has been hampered with knee problems since tearing the ACL in his right knee during “Midnight Madness” in 1992 … Is one of the Hurricanes top perimeter shooters and defenders … Ranks eighth on UM’s all-time field goals made list (75) and seventh on three-point field goals attempted list (239) … Is also among UM’s leaders in assists (14th), steals (tied-18th), and games played (tied 19th) … Has scored in double figures and 12 times in his career … Has led the Hurricanes in scoring three times, rebounds three times and in assists 13 times during his career … Signed a national letter of intent to attend Miami in the spring of 1992.

Missed the entire season after tearing the anterior cruciate ligament in his left knee in a pickup game on Oct. 3 … Had successful surgery on Oct. 30.

Saw action in all 28 games and made six starts, including each of UM’s BIG EAST Tournament games … Set personal season-highs in every statistical category except three-point field goals where he was four shy of trying his personal high … Ranked second on squad in free throw percentage (.338)… was third in assists (57) and free throws made (47) … Scored in double figures six times … Led the ?Canes in scoring twice (both FAU games), in assists on four occasions and topped the squad in rebounds two times … Had a season and game high 17 points in 18 minutes at Florida Atlantic (Nov. 27) … In that game he hit his first five attempts from behind the three point arch (finished 5-6) and just missed trying the school record for most consecutive three-point field goals made by one … Made his first start of the season against Villanova (Dec. 5) and had 11 points in 24 minutes, including two big free throws in the final minute of UM’s victory over Providence in the regular season finale (Mar. 2).

Was one of five ?Canes to play in all 28 games … Finished third on the squad in three-point field goal attempts (75), fourth in three-point field goals made (20) and assists (49) and fifth in steals (20) … His 1.32:1 assist-to-turnover ratio was tops on the team … Scored in double figures four times … Led the team in scoring once, rebounding once, and assists on four occasions … Had a season-high 13 points and against Florida Atlantic (Nov. 28) … Registered a team-high 12 points at Syracuse (Jan. 28) … Totaled 10 points in 26 minutes during UM’s upset of 13th-ranked Georgetown on Feb 4 … Had a team high five assists versus Providence (Feb. 11) … Was slowed all season due to tendinitis in both knees.

Was a member of the gold medal winning South squad coached by Perry Clark … Appeared in all four games and averaged 18 minutes per contest … Averaged 4.3 points and one steal per game … Had a high on nine points in the July 4 contest against the East squad.

Played in 21 games and made five starts … Missed the first five games of the season recovering from knee surgery … Averaged 22.1 minutes per game … Led UM in assists on five occasions … Finished second on the squad in three-point field goals made (Dec. 29- Feb. 8) is tied for the fourth longest streak in UM history … Made his long anticipated debut against Sam Houston State (Dec. 17) and tallied 15 points in 25 minutes … Scored a career high 18 points and grabbed six rebounds in 33 minutes against St. John’s (Jan. 22) … Established career highs in rebounds (nine) and minutes (38) against Pittsburgh (Feb 1).

Suffered a torn ACL in his right knee during Miami’s “Midnight Madness” practice and was forced to miss the entire season … Used the time from basketball to concentrate on academics and produced a 3.3 grade-point average in his freshman year and earned UM’s “Outstanding Scholar-Athlete” award.

Personal: Graduated in May with a business degree … Full name is Carl Steven Frazier … Born January 18,1973 … parents are Harold and Terry Frazier … Nick-name is “Cash” … Enjoys movies and dancing.