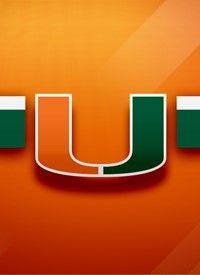 Prior to College: Peaked as a four-star prospect ranked No. 160 overall by TennisRecruiting.net … Reached the quarterfinals of four USTA National Tournaments, advancing to the semifinals in two, one in South Dakota and the other in Louisiana … Represented the Eastern Section in three National Zone Team Championships … Took part in the USTA National Clay Court Championships as both a U16 (2017, 2018) and U18 (2019) competitor … Played in the USTA Billie Jean King Girls’ National Hard Court Championships as both a U16 (2018) and U18 (2019) participant … Valedictorian of her high school class … Attended The Spence School as a freshman before transferring to The Dwight Global School for her final three years.

Personal: Full name is Rebecca Eliana Fisch … Born April 24, 2002 … Parents are Steven and Allison … Father is a retired physician and investment banker … Mother is an attorney … Has an older brother, Samuel … Intends to major within Miami’s business school … Enjoys golf, baking and photography … Favorite athlete is Roger Federer because he plays gracefully and effortlessly, as well as his kindness and generosity off the court … Best sports memory is hitting with Sloane Stephens at Arthur Ashe Stadium when she was 10 years old on Arthur Ashe Kids’ Day … Chose to attend Miami because of its amazing tennis program, quality academics and locale within a great city.