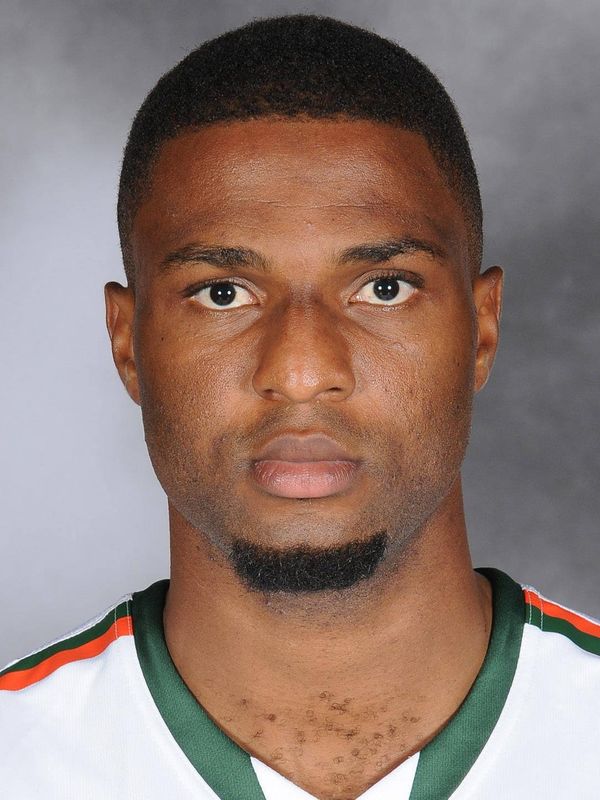 Season highs include seven points vs. Tennessee Tech, seven rebounds at Purdue, four blocked shots vs. UNF, 22 minutes vs. UNF … Averaged 1.6 points, 1.5 rebounds, 0.5 blocks in 22 games played … Shot 48.1 percent from the field and 58.8 percent at the line … In ACC play, recorded 1.0 ppg and 1.0 rpg in eight games … Averaged 3.1 points and 2.6 rebounds in the first nine games of the season … Led (or tied) for team game highs in blocked shots three times and in rebounds once … Was perfect from the field in five games, including 3-of-3 against Tennessee Tech … Notched five points, four rebounds and four blocks in 22 minutes against UNF… Book Buster (3.0 GPA)… Athletics Director Honor Roll (3.2 GPA)… Dean’s List (3.5 GPA).

Saw action in 20 games as a true freshman, averaging 1.6 points and 1.6 rebounds in 4.9 minutes per game… Aggressive defensive player that excels at rebounding and shot blocking…Productive during his time on the hardwood, with his 12 blocks tying for third most on the squad… UM’s second most active player on the glass, pulling down 18.5 percent of the rebounds when he’s in the game – including 20.8 percent of the defensive boards… Hit both free throws at UNC Greensboro (2/15), converting five of his last six attempts from the charity stripe during the season… Sank a pair of free throws and put up a game-high tying two blocks in five minutes versus Florida State (1/19)… Grabbed three boards in five minutes during his ACC debut at No. 1 Duke (1/2)… Saw a season-high 12 minutes of action in the win over Oral Roberts (12/21), grabbing four rebounds… Registered at least one block in four-straight games – including a career- high four blocks in the win over McNeese State (11/24), for the second-most blocks in a game by a Cane in 2011… Also grabbed four boards and shot 2-of-3 from the line for a pair of points versus McNeese… In four minutes at Florida Gulf Coast (11/27), grabbed a pair of boards, put up a block and scored a point from the charity stripe… Pulled down two offensive rebounds, blocked a team-high two shots, and went 4-of-4 from the free throw line in six minutes at Rutgers (11/21)… Put together 11 strong minutes on the court versus North Carolina Central (11/19), setting season-highs in most statistical categories – with 8 points on 3-of-3 shooting from the field and 2-of-3 shooting from the line, five rebounds and a block… Hit his first collegiate field goal at No. 19 Memphis (11/15).

High School
Kansas All-State Class 1-A Honorable Mention selection… Rated as the No. 64 power forward by ESPN… Helped his team finish with just two losses in 2009-10, with one of those to nationally-ranked power Providence School (Fla.) who won the 2-A FHSAA state title… Poured in a game-high 23 points (including three dunks) and 12 rebounds in a win over Liberal… Added another double-double with 14 points and 10 rebounds against Dodge City… Named to the Fantasy of Lights All-Tournament Team after helping his team to a championship game win over Mansfield Timberview… Sat out the 2008-09 season with an injury… Named to the Hawk Challenge All-Tournament Team following back-to- back double-digit scoring performances in the state of Florida… Played AAU basketball for Baltimore Elite… Played in the international game during the 2008 Jordan Brand Basketball Classic in New York City… Coached by Kyle Lindsted at Sunrise Christian.

Personal
Full name is Ethasor Raphael Akpejiori … Goes by Raphael … First name is pronounced A- tha-saur … Last name is pronounced AHK-peh-jour-ee … Born Oct. 10, 1990 … Son of Pius and Clara … One brother, Eshemokha, and four sisters, Okhiaofe, Ilamosi, Ideoghena and Eboshogwe … A standout in the classroom as well as on the court, majoring in mechanical engineering, graduating in May 2015 with a dual degree BSME/MSME – bachelor of science in mechanical engineering and master of science in mechanical engineering … In August of 2013, averaged 9.2 points and 5.8 rebounds for Athletes in Action through five games played in Jamaica. Game high was 12 points against the Jamaican National Team, against former teammate Durand Scott … Also recruited by Texas A&M, Colorado, USF and UCF.