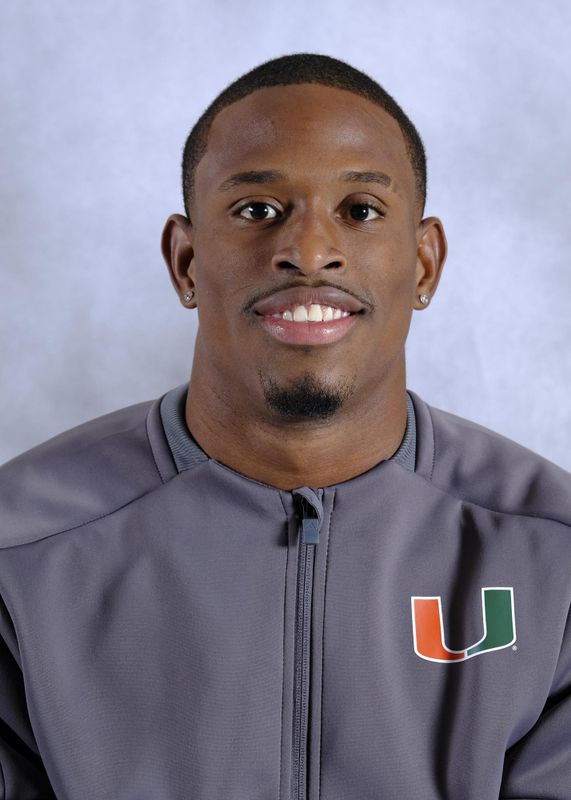 2019 Outdoor: Began his first outdoor season with the Canes at the Hurricane Invitational, running the fastest-collegiate time in the 200m dash at 20.98 seconds, which ranks as the third-fastest time in Miami history… Finished second in the men’s 200m dash with a time of 21.04 seconds at the Power 5 Trailblazer Challenge and helped the Canes to a second-place finish in the 4x100m relay with a time of 40.49… Tied Miami’s second-fastest 100m time at 10.27 at the Florida Relays and helped Miami run a 40.76 in the 4×100 relay…Finished with a time of 21.31 in the men’s 200 m dash and helped the Hurricanes to a fourth-place win in the 4x100m relay with a time of 40.14 at the Alumni Invitational…

2019 Indoor: Made his Miami debut winning the men’s 60m dash at the Virginia Tech “Doc Hale” Elite Meet and posting the program’s second best time at 6.69 seconds, just .01 seconds off from the top time… Broke the program record in the 60 in just his third race with the Canes and won the silver medal at the ACC Indoor Championships with a time of 6.62 seconds.

2017 Outdoor (Freshman / Auburn):
One of only two Auburn freshmen to qualify for NCAA Outdoors … Placed 16th at the NCAA Championships with a time of a season-best 10.20 … Placed seventh at the SEC Outdoors … Finished runner-up at the Tiger Track Classic and Texas Invitational … Earned First Team All-American honors in the 4x400m Relay