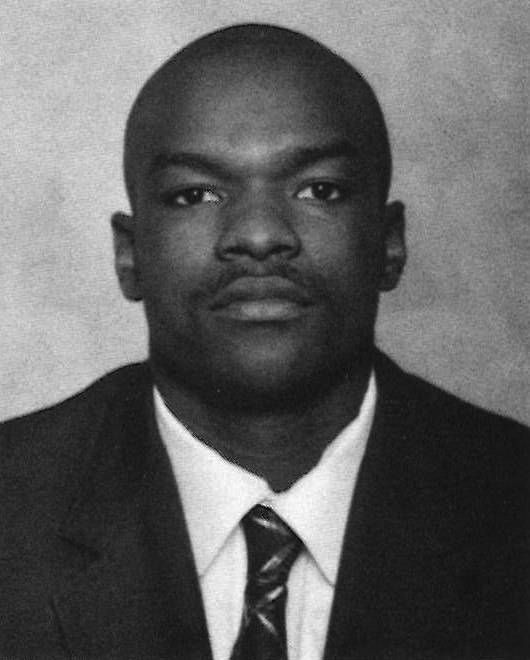 Dunn was a third year junior who enrolled at UM in the fall of 1994. Played only one season as a Hurricane. He could play either guard position. Chose UM because of the atmosphere…is the lone ‘Cane from Kentucky.

Appeared in 29 games for Wabash Valley Colege and played 31.7 minutes per game…averaged 16.9 points, 4.3 rebounds, 7.0 assists and 2.6 steals while guiding his team to a 29-3 record, a seventh place national ranking and a Great Rivers Athletic Conference Championship…was a second-team Junior College All-American, Player of the Year and co-MVP of the Great Rivers Athletic Conference…made the All-Region XXIV Tournament team…led the team in assists (203), steals (74) and 3-PT FG% (.449)…ranked second in scoring average, minutes played (919), FGM (184), FTM (91), FTA (125) and FT% (.728)…played in the national tournament for junior college All-Americans…one of five players from the 1993-94 Wabash Valley College team playing Division I this year.

Saw action in 35 games for Wabash Valley College, averaging 23.2 minutes while leading the Warriors to a 26-11 record and a ninth-place finish in the NJCAA National Tournament…selected All-Great Rivers Athletic Conference after averaging 8.0 points, 2.9 rebounds and 3.3 assist…ranked second on the team in assists and third in steal…led team to a conference championship.

Bowling Green High School in Bowling Green, KY…named MVP his senior and junior seasons…also received all-district and all-region honors…averaged 23.4 points, four assists and nine rebounds as a senior while leading his team to a 27-3 mark…as a junior he helped guide BGHS to a 31-6 record and the Kentucky High School Final Four…also played football and ran track…coached by Ernon Simpson.