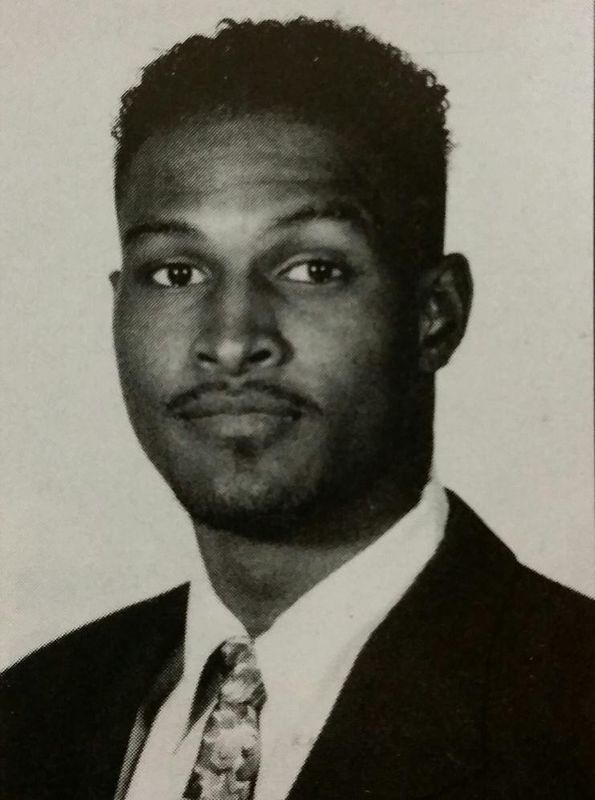 Third-year junior who is an excellent play making point guard … Has great anticipation, sees the court really well and is strong in transition … With great ball handling skills, is Miami’s “press-breaker”… Is a tremendous leaper with a 38-inch vertical … Signed a national letter of intent to attend Miami in the fall of 1990 … Is the only current Hurricane from the state of Virginia.

Started 26 contests, sitting for the opening tip in only Miami’s final regular-season contest in which the seniors started … Led UM and was fourth in the BIG EAST in assists with 5.7 per game in conference and overall play … 154 assist in ’92-93 stands as the No. 1 mark in the UM record book … Had nine or more assist in seven contests, four of which were UM wins … Tallied nine points, three steals, three assist and just one turnover in 37 minutes vs. Seton Hall… dished out nine assists and scored 10 points vs. Barry … had nine assist vs. FAU … Played 39 minutes vs. Georgia scoring 14 points (6-of-9 from the field), five assists, four steals and four rebounds … Had five assists, two steals and just one turnover in 28 minutes vs. USC before exiting the game with a bloody nose and a mild concussion … Fired in a career high 18 points vs. UNC ? Wilmington while adding six assists and a career best six steals … Was 6-of-6 from the line in the final 2:30 of Miami’s win over Georgetown … Finished the GT game with nine assists and eight points in 36 minutes … Vs. Pitt, dished out nine assists for the fourth time this season, fired in 12 points and committed just one turnover in 39 minutes of action … At Syracuse, scored 15 points, all in the first half, on 5-of-7 shooting (4-of-6 on three pointers) … Dished out five assist and committed just one turnover in 37 minutes vs. Providence … Set a UM record by dishing out 14 assists vs. Pitt (2), the most assist by a BIG EAST player in two years and the fourth best total in BIG EAST history … Was knocked out of the Pitt (2) game with 45.9 seconds remaining after suffering a strained neck and had to be taken off the court on a stretcher … Came back vs. UConn to play 39 minutes and score 13 points (2-of-3 three-pointers) and five assists vs. Villanova … Tallied a career-high 21 points (3-of-4 three pointers in win over Syracuse (2) … also added 11 assists vs. the Orangemen, including nine in the first half when Miami jumped out to a 45-30 halftime lead … Tallied 12 points (2-of-3 three-pointers) in win over Boston College … Tallied 18 points vs. Connecticut (2) … Fired in 14 points (4-of-8 three pointers) and dished out five assists while committing no turnovers in 38 minutes vs. Georgetown (2).

Immediately challenged for a starting slot upon his arrival at Miami … Started 26 games as a true freshman, averaging 24.2 minutes of PT … Led the UM average of 3.4 assists per game and ranked No. 9 in assist among BIG EAST players in both conference and overall play … Had several assist vs. FAU and eight in win over Tennessee … Led the San Juan Shootout in assists with 17 in three games … Pulled down seven rebounds, including four offensive, vs. George Washington … Scored Miami’s conference opener vs. UConn … Did not dress vs. Seaton Hall (1/7) and dressed, but did not play vs. Syracuse (1/11) and St. John’s (1/14) … Returned from the injured list vs. UConn (1/18) and dished out seven assists in 22 minutes of PT … Had seven points and three assists vs. Pitt (1/29) and Providence (2/12) … Tied his career-high with seven assists vs. Syracuse (2/29) … Traveled to Europe over the summer with the BIG EAST All-Stars and was second on the squad in assists with an average of 3.2 per game.

High School: James Monroe … Averaged 24.7 points, 8.5 assists, 4.1 steals and 4.6 rebounds in his senior year … Started all four years of HS, the first two at Centralia High (Illinois) … Led JMHS to consecutive appearances in the regional finals with records of 20-6 in 1990-91 and 22-6 in ’89-90 … Was academic honor roll student his senior year … Earned first-team honors as all-area, all-district and all-region … Also earned second-team all-state kudos and was voted district Fredericksburg Freelance Star Player of the Year … Coached at James Monroe by Mike Tarant and at Centralia by Bob Bogle.