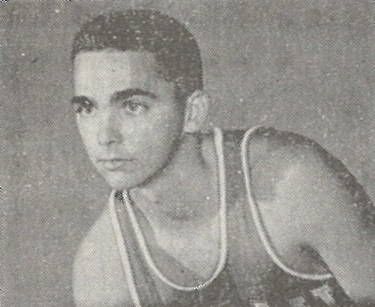 Had a scoring average of 11.7 a part of the starting line-up. Scored 20 or more points three times. His season-high of 23 points came against Tulsa, including 10 field goals in 13 tries as he had his outside set shot under control. He managed to get at least one rebound a game and eight against both Rhode Island and Oklahoma City.

Suffered from an injury, which delayed his debut at Miami, but he did appear in 10 games in the 1960-61 campaign playing behind dick Hickox and Julie Cohen.