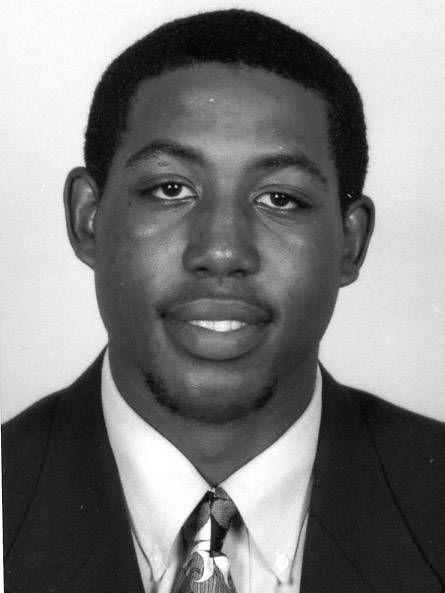 All-America candidate…pre-season second-team All-BIG EAST selection…one of the top all-around players in the BIG EAST…has played every position except center at Miami…his ability to play four different positions makes him a potent weapon in the Hurricanes’ attack…is a very good ball handler and passer…is equally effective in the paint or on the perimeter…has the ability to slash to the hoop or hit from long range…has started 75 consecutive games for Miami…streak is the second longest in UM history trailing only Kevin Norris who started 108 consecutive games from 1994-98…considered the team’s top defender and is often matched up with the opposition’s top offensive player…team captain along with Elton Tyler and James Jones.

Third-team All-BIG EAST selection…started all 29 games at shooting guard…averaged 13.3 points, 6.0 rebounds, 4.0 assists and 2.0 steals per game…ranked second on the team in scoring, first in assists and first in steals…only player in the BIG EAST to rank among conference leaders in scoring (20th), rebounding (17th), assists (11th), steals (5th), free throw percentage (10th) and assist-to-turnover ratio (13th)…led the team in scoring nine times and in rebounding 11 times…scored in double-figures a team-high 23 times…ranks 8th on UM’s career steals list with 135, 8th on the Hurricanes career assist list with 238 and eight on Miami’s career blocks lists (61). In the regular season: Named BIG EAST Player of the Week for week ending March 4…scored a team-high 16 points and seven rebounds against Charlotte (11-28-00)…also recorded a team-high three assists…recorded fourth career double-double with 15 points and 12 rebounds and led Miami with six assists against UCF (12-9-00)…recorded 11 points, five rebounds and a career-high nine assists against Eastern Illinois (12-18-00)…had no turnovers…scored 22 points against Lehigh (12-27-00)…led the team with eight rebounds, four assists and three steals…recorded team-highs in scoring (18), rebounding (8), assists (3) and steals (5) against Boston College (1-7-01) despite playing with the flu…recorded 16 points, three rebounds, eight assists and a game-saving block at the end of the game against Connecticut (01-20-01)…played a career-high 43 minutes against St. John’s (1-22-01) recording 13 points and a team-high 10 rebounds, four assists, one block and one steal against Connecticut (2-24-01)…recorded a career-high 30 points and pulled down 11 rebounds against West Virginia (2-28-01)…was 8-15 from the field, 1-4 from three-point range, and 13-16 from the line…also registered four assists, three steals and one block…played all 40 minutes against Villanova (3-3-01) and recorded 23 points, nine rebounds, eight assists and one steal…was 6-9 from the line, 203 from three-point range, and 9-9 from the line. In the BIG EAST Tournament: Played just 17 minutes due to foul trouble in Miami’s BIG EAST Tournament opener against Pittsburgh (3-7-01)…did not score…recorded one rebound, two assists and one steal. In the National Invitation Tournament: Recorded 14 points, two rebounds, three assists and a career-high six steals against Auburn (3-14-01).

Started all 34 games at forward…averaged 9.4 points, 5.4 rebounds, 1.9 assists and 1.5 steals per game…ranked fourth on the team in scoring, second in steals (50), second in assists (66) and second in blocks (20)…ranked third on the team in rebounding and was second on the squad with two double-doubles…scored in double-figures 20 times. In the regular season: Recorded team-high 11 rebounds to go with two points and one block against St. John’s (3-5-00)…played 40 minutes versus Notre Dame (2-26-00) and recorded 12 points, two rebounds, three assists and one block…recorded 10 points, seven rebounds, four assists, two blocks and four steals at West Virginia (2-22-00)…recorded double-double with 11 points and 11 rebounds versus Providence (2-16-00)…recorded 11 points, a team-high eight rebounds, two assists, two steals and a career-high four blocks against No. 18 Connecticut (2-19-00)…was 4-9 from the field and 3-3 from the line…recorded 10 points, six rebounds and one steal against Georgetown (2-7-00)…was 3-6 from the field, including 1-1 from the three-point range, and 3-4 from the line…recorded six points, a team-high 10 rebounds, and two steals in 34 minutes against Rutgers (2-5-00)…helped seal the victory with a steal and two free throws with 19 seconds remaining…recorded double-double with 19 points and 10 rebounds against Villanova (1-17-00)…was 7-of-13 from the field, including 1-of-3 from three-point range, and 4-of-5 from the line…recorded 12 points, seven rebounds, two assists and three steals against No. 7 Syracuse (1-8-00)…handed out seven assists to go with four points, one rebound and one steal against West Virginia (1-5-00)…scored 17 points to go with three rebounds, three assists and two steals against Florida Atlantic (12-27-99)…recorded 16 points, five rebounds, three assists, one block and two steals against Illinois State (12-22-99)…scored 13 points, all in the first half, in Miami’s win over Detroit Mercy at the San Juan Shootout…was 5-of-9 from the floor and grabbed seven rebounds…recorded 15 points against No. 7 North Carolina (12-18-99)…was 6-of-11 from the field including 3-of-6 from three-point range…also recorded seven rebounds, a team-high five assists, one block and two steals in 32 minutes. In the BIG EAST Tournament: Started both games averaging 5.5 points and 4.5 rebounds per game…recorded three points, three rebounds, two assists and one steal against Notre Dame (3-9-00)…scored eight points and pulled down six rebounds versus St. John’s (3-10-00). In the NCAA Tournament: Started all three games averaging 13.0 points, 5.0 rebounds and 2.7 assists while shooting 13-21 (.619) from the field, 3-4 (.750) from three-point range, and 10-12 (.833) from the line…recorded 16 points, six rebounds and two blocks against Arkansas (3-17-00)…recorded 13 points, four rebounds and five assists against Ohio State (3-19-00)…recorded 10 points and five rebounds versus Tulsa (3-24-00).

Played in 29 games, making 12 starts…averaged 5.6 points and 4.9 rebounds in 24.3 minutes per game…scored in double figures seven times. In the regular season: Played 29 minutes against Ohio State (12-27-98) recording three points and five rebounds…drew the assignment of guarding All-Big Ten guard Michael Redd and held him to 6-of-20 shooting fro the field…recorded 12 points against Rutgers (1-13-99) connecting on 5-of-6 field goals…also recorded five rebounds and three assists in 29 minutes…scored in double-figures for the second consecutive game with 13 points, seven rebounds, two blocks and a career-high four steals in 26 minutes off the bench at West Virginia (1-16-99)…drew the assignment of guarding Mountaineer leading scorer Elton Scott (167 ppg) holding the 6-6 forward to just three points on 1-10 shooting…played 34 minutes off the bench against No. 1 ranked Connecticut (1-20-99) recording seven points, eight rebounds, four assists, one block, one steal and no turnovers…played 30 minutes against Boston College (1-24-99) recording 10 points, two rebounds, four assists, and two steals…was 4-6 from the field including 2-3 from three-point range…came off the bench to record eight rebounds…made first career start against No. 9 St. John’s (2-3-99) and recorded two points, four rebounds and one assist in 27 minutes…started against Georgetown (2-6-99) and recorded first career double-double with 13 points and a career-high 11 rebounds…was 5-7 from the field and 3-4 from the line…started against No. 18 Syracuse (2-8-99) and registered 12 points, seven rebounds, four assists, and two steals…played 34 minutes against Providence (2-13-99) recording two points, four rebounds, two blocks and one steal…guarded Jamel Thomas and held the BIG EAST’s leading scorer to 16 points on 4-15 shooting…recorded two points, one rebound, one block and one steal against Connecticut (2-20-99)…guarded BIG EAST Player of the Year Richard Hamilton holding him to 19 points, two under his season average, on 7-22 shooting from the floor…recorded nine points and a career-high 13 rebounds against Pittsburgh (2-23-99). In the BIG EAST Tournament: Started both games averaging 4.0 points, 3.5 rebounds and 3.5 assists per game…had four points, four rebounds, four assists and a career-high three blocks against Georgetown (3-4-99)…had three points, three rebounds and three assists against St. John’s (3-5-99). In the NCAA Tournament: Started both games averaging 7.5 points, 5.5 rebounds, 2.5 assists, 2.5 steals and 2.0 blocks per game…recorded four points, seven rebounds, three steals and three blocks in the Hurricanes’ opening round game against Lafayette (3-12-99)…had 11 points, four rebounds and two steals against Purdue (3-14-99).

High School: Plymouth Whitemarsh…three-year letter winner…rated as one of the nation’s top-100 recruits by Bob Gibbons, The Hoop Scoop, Blue Ribbon and Recruiting USA as well as the No. 11 small forward prospect in Athlon Sports College Basketball prior to his senior season…named Player of the Year by the Philadelphia Inquirer, as well as the Montgomery County Player of the Year, which includes south New Jersey, Philadelphia and Delaware after averaging 18.4 points, 9.0 rebounds and 5.0 assists per game at point-forward…led Plymouth Whitemarsh to a 30-3 record and a trip to the state championship semifinals as a senior…first-team All-State, All-City and All-Conference as a senior…first team All-State, All-City and All-Conference as a senior…in three seasons led Whitemarsh to an 88-9 (.907) overall record, two league championships, one district championship and one state title (1997) third-team All-State as a junior after averaging 12.7 points, 8.0 rebounds and 3.0 assists per game…coached by Al Angelos.

Personal: Full name is John Rashall Salmons…born December 12, 1979 in Philadelphia, PA…nicknamed Buck…majoring in Criminology/Sociology…would like to become a sports agent once his basketball career has ended…went to high school with current Vanderbilt guard Chucky Moore…lived with the Moore family through out high school…only child of Sandra and John Salmons.