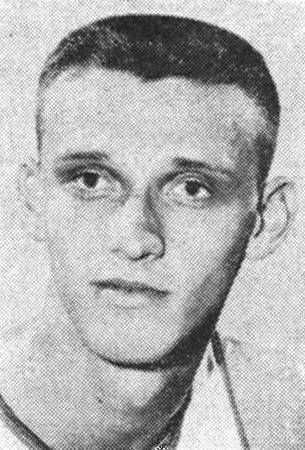 In Bates’ first season he averaged under one point per gaeme…Last winter, he averaged 3.4 points and nearly three rebounds a game…contributed 12 ponts and 10 rebounds vs. Ohio University in 1965-66…husteled in to puck off five or six rebounds a game on numerous accoasions…

Was All-City at Miami Jackson and led his team in attacking and on defense…scored 44 points and recorded 37 rebounds vs. Miami Military…averaged 24 points and 19 rebounds a game in high school, performing as a center.

Passed up an appointment to the United States Military Academy to attend to University of Miami…plans to be a lawyer…enjoys swimming, teenis and bowling off the court…he won a swimming letter at Miami Jackson High when the team was the powerful in the state.