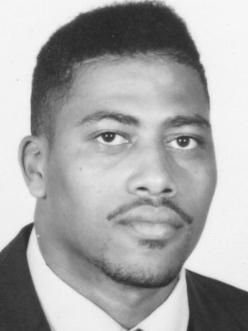 Appeared in all 28 UM games while leading all ‘Canes in starts with 27… also led the UM in stats for scoring (18.4 ppg), rebounding (9.5 ppg), field goal percentage (46.6%) blocked shots (32) and playing time 34 mpg… led the Hurricanes’ box score in points in 16 of 28 contests and in rebounding in 24 of 28 games… topped his previous career high in scoring in each of the first four contests of the season (previous high was 22 points) with games of 31, 27, 26, and 32 points… dropped off with outings of 6, 14, and 15 points in the next three contests before leading Miami with 24 vs. George Mason, 27 vs. South Florida and 23 vs. Brooklyn College… pulled down 18 rebounds vs. Alabama State, tying the beat mark since the rebirth of the UM program set twice by Tito Horford during 1986-87 (Milwaukee Bucks)… also had career highs vs. ASU in points (32), blocked shots (3) and steals (5)… named “NCAA Independent Player of the Week” by leading Miami to a 3-0 start and averaging 28.0 points and 10.0 rebounds per game while shooting 63.6% from the field… led all players in UM’s double-OT win over FSU with 27 points and 15 rebounds in 48 minutes of action, including two clutch free throws that put the game out of reach with two seconds remaining (101-97)… that FSU game marked his fifth double-double (points-rebounds) of the year and was highlighted by his best outing from the free throw line (nine of 10)… was shut out in scoring for only the third time in his UM career vs. Depaul-1 when he went zero-of-three from the field… fired in 19 points and pulled down a game-high 12 rebounds vs. Florida State-2… tallied 10 points and recorded nine boards in win over Florida… led all players vs. South Florida-2 with 24 points and 15 rebounds… fired in 25 point and pulled in 12 board vs. Hartford… reached the 30-point barrier and added 14 rebounds in win over Tulane… ended the season vs. FIU with 15 points, 10 boards, four assists and three steals.

Quickly developed into a force on the boards as he led the ‘Canes with 8.5 rebounds per contest… led the UM in rebounding in 13 contests and had nine double/doubles in points and rebounds to his credit… was erratic, yet always very aggressive, in early action, picking up 12 points, four fouls and a game-high 12 rebounds in just 15 minutes of action in season-opening winner over Maryland-Eastern Shore… found his shooting touch vs. Bethune-Cookman when he hit on five-of-six from the field and three-of-four free throws for 13 points… also added eight rebounds vs. the Wildcats… had a strong outing vs. much taller Duke when he fired in 17 points while leading Miami with 10 rebounds… had 14 boards, including nine in the first half, in his first career start (replacing injured Mark Richardson) vs. Long Island… also hit on five-of-six field goals en route to 14 points vs. the Blackbirds… followed up with 14 points and 10 rebounds vs. Florida… fired in 20 points while pulling down 12 rebounds vs. Eastern Illinois at the Chaminade Christmas Classic… had 12 points and five rebounds in 19 minutes vs. Georgetown’s Alonzo Mourning while playing with a broken foot that forced him to the sidelines for the following six contests… returned with two double/doubles; 11 points and 12 rebounds in 19 minutes vs. BYU and 17 points and 13 rebounds vs. South Florida… hit for a career-high 22 points on 11-of-16 field goals vs. Tennessee Tech… had a UM season-high 16 rebounds vs. Oral Roberts while firing in 11 points… Miami was 11-5 when Wylie scored in double figures and 6-3 when he recorded a double/double… Miami was 8-3 following the return of Wylie from the Injured list.

Sat out the entire 1987-88 campaign as per NCAA Bylaw 5-1 (j), formerly Proposition 48… used the time to make tremendous strides in his physical size, adding two inches and ten pounds to his frame.