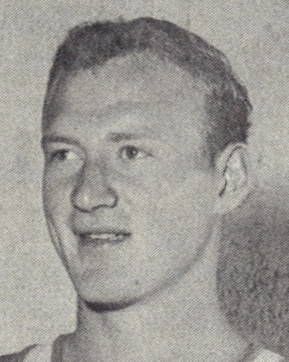 Was invaluable as a sixth man in 1959-59, but earned a spot in the starting five his junior year…Was elected honorary captain at the close of the campaign…Has a fine one-handed jump shot from anywhere on the floor and is an excellent man on the fast break…rebounds effectively…Had two 20-point-games vs. Rollins and Florida Southern…His best rebounding job, 12, goes back to the 1958-59 finale against Florida State.