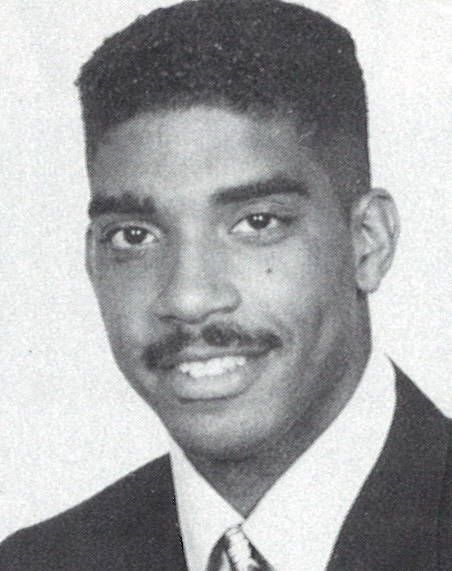 Adams appeared in 14 games for an average of two minutes of PT…came off the bench to pull down three rebounds in five minutes vs. Southern Cal…Adams’ highlight was scoring at Penn State and in the UM’s final home game vs. Florida International.

Started his senior season for Flint hill Pre in Oakton, VA after transferring from St. John’s High School in Washington, DC…led St. John’s to a 21-4 record in 1986-87…averaged 11.2 points and 7.1 rebounds per game for FHP…had an excellent shooting touch hitting 62.5% of his field goal attempts…scored 18 point in a victory over Miami High in pursuit to winning the prestigious King cotton Tournament in Pine Bluff, AR… selected to the Washington Post All-Independent Team